The Cleveland Cavalier vs The Golden State Warrior: A Review of NBA Finals Game 1 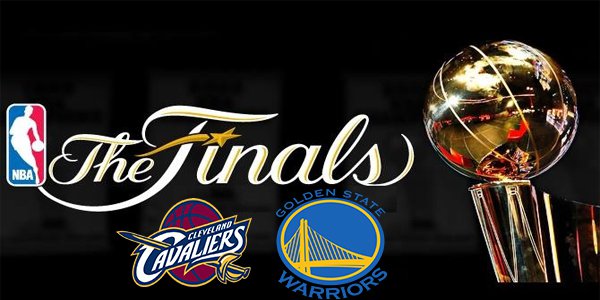 Golden States starts off to best the series.

This 2014-2015 season of the NBA has been had some surprises, but few have involved the entrance of the Golden State Warriors in the NBA Finals. Making U.S. gambling news, the Warriors had an incredible season and are back in the Finals for the first time in 40 years. Stephen Curry has been a driving force behind Golden State and is considered one of the best to play his position of point guard.

The Cleveland Cavaliers, who have never been to the NBA Finals, are also chasing history. In addition their superstar Lebron James is in his first year back at Cleveland since he left Cleveland to start his championship collection with the Miami Heat. Lebron is the first NBA player in history to get to the NBA Finals five consecutive times with two different teams. He will be amidst a coterie of road weary players.

Although the Warriors are 39-2 at home, Cleveland worked to start things off. The Cavaliers got two quick fouls in the first minute of the game. Lebron, who picked up a personal foul, was able to get to the line early and make three points. Curry started to feel his stroke from three-point range early himself. Lebron gets the ball blocked and stolen by the Warriors’ Andrew Bogut and drove it to the hoop to miss.

Deep in the first quarter Cleveland started to heat the intensity were making mistakes even though Lebron made 7 of the teams first 9 points. Kyrie Irving, still suffering from tendinitis in the knee put in a couple of free throws, a three-pointer and an amazing drive for Cleveland. Festus Ezeli, a Nigerian who took off last year for knee surgery put up two on the foul line. Barbosa drilled a deep three-pointer for Golden State. The first quarter ended with Cleveland leading by 10 points.

Cleveland started the quarter out energetic but less effective as most of Golden States bench was putting a dent in the lead. Cleveland’s Mozgov, who got his groove in the first quarter, still is showed a pulse on the inside. Kyrie Irving contributed considerably on offense and defense. Marreese Speights started to erupt from the bench with 6 points in 4 minutes. Curry put in his 3rd field goal of night. Any punter for the Warriors using online sportsbooks in the U.S. might be worried.

Another three-pointer in the corner by Curry tied the game. Shooting between the teams remained between 41 and 45 percent for both teams. Curry was officially on fire as he got in another shot. After Irving got one in, Curry took it up and faced Lebron and went around him for a lay-up. Kristen Thompson, who had a concussion last series started to show more dominance. Cleveland’s Iman Shumpert knocked in a pair of three-pointers. Smith puts in a deep three-pointer to put Cavaliers ahead 51-48 at half time.

A heavy lead-changing half brought the game to overtime

The second half started with the same momentum. Lebron picked up his 2nd foul after he got his 21st point. A recently hot Curry got his 16th point. Raymond Green stole the ball, got it to Curry, the turnover is made as Irving drove and put it in. Green put the ball in again. The defensive battle was more intense as Mozgov earned his 10th point. The Warriors were looking as though they were on the verge of reaching and maintaining a sustainable lead.

Cleveland Cavaliers specialize in isolating the offense and forced the Warriors to individually perform as Thompson obliged with another three-pointer. Cleveland’s Thompson got in his 11th block. Lebron didn’t stop and had got his 31st point in 31 minutes. Andre Igodowa, coach Steve Kerr’s “security blanket”, broke away with a steal and put in two for the Warriors. Golden States bench outplayed Cleveland’s bench which benefitted the Warrior’s when Lebron was on the bench at the start of the 4th quarter.

Harrison Barnes got a couple of offensive rebounds for Golden State. As Lebron sat out, Irving got some more points in as he started to go into attack mode. Barbosa, cold in shooting, did some damage defensively. Lebron came back and quick jumper put Cleveland back on top and a dunk by Bogut put the Warriors back ahead. With Igodowa still strong, Irving wasn’t showing signs of slowing down. Anybody who wagered in a state legalized according to U.S. gambling laws would be nervous about the spread.

As five minutes remained, Thomspon sank in a three pointer which brought the Warriors the within one point of the lead. With 14 points, Mozgov contributed defensively. With a bold set of steps against Lebron, Curry put in jumper which brought the Warriors ahead by one. Curry scored two putting the Warriors’ in the lead in the last 40 second of the game. A foul on Mozgov put him on the line which resulted in two points tying the game and putting it in overtime. Lebron scored a season playoff high of 44 points.

In the first overtime in the NBA Finals in 14 years, led to forced attempts by both sides. After four transitions, Curry drew a foul leading Golden State by two. Two more transitions later, Curry drew another foul which put the 90 percent plus free throw shooter on the line. Another Cleveland turnover led to three-point shot by Harrison Barnes as Irving limped off the court. With 1.16 minutes left, Cleveland had yet to score a point as Golden State racked up a 10 point lead. The Warriors won 108-98.