The Most Popular Sports Played In Europe 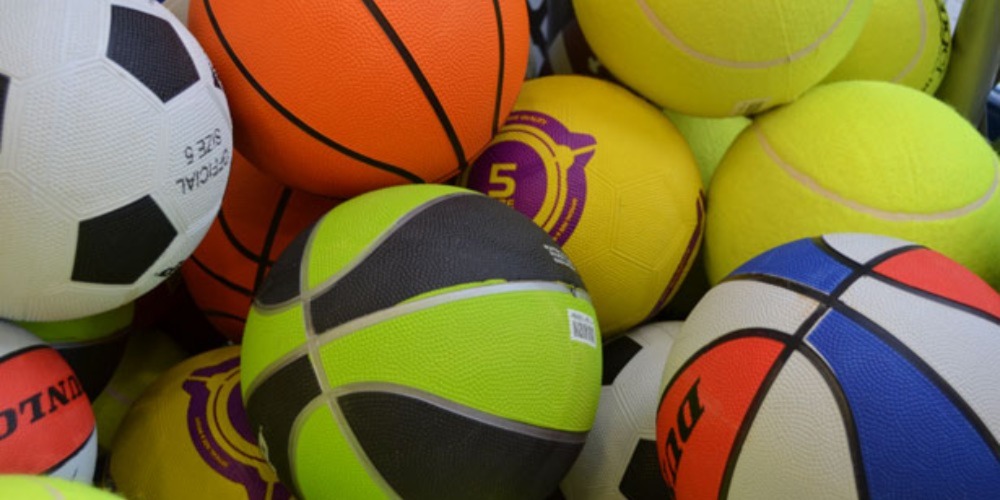 Traveling through different European countries, we can come across many traditional local games, be it a board game, a ball game, or something crazy, from extreme swings to swamp football. We owe many games that are known all over the world to the UK, such as soccer, rugby, or cricket, but there are also many national games that are not necessarily widely known outside other countries’ borders. Many nationalities are proud of their traditional games, so we will take a look at the most popular sports played in Europe!

The Most Popular Sports Played in Europe!

According to archeologists, the oldest version of soccer appeared in ancient Chinese sources. It was a training method for the soldiers around 2000BC. In the Middle Ages, people played soccer in a bizarre way.  They tried to get the ball any way they could to the goal line in a crowd.

It seemed more like a brawl rather than a sport. British students invented modern soccer around the 1820s. It was less rough, and they determined the number of players and size of the soccer field. They released a generally accepted rulebook in 1862. So, this ball game has been around for a while now!

Soccer is clearly at the top of the popularity list in Europe. The number of amateur and professional clubs set soccer apart from other sports in terms of fans, players, and business. Billions of people watch the biggest tournaments, and hundreds of millions follow the national and international matches. Why is soccer the most popular sport played in Europe? On social media, billions post about major soccer events, which is at least two times more than during the Olympics. If we have piqued your interest check out our complete soccer betting guide!

Baseball, which is America’s national sport, has several European versions. Nations play similar games with different rules. For example, schlagball in Germany, lapta in Russia, oina in Romania, langboll in Sweden, and pesäpallo in Finland.

The Finns even created their federation, which is still operating today and has been organizing professional women’s and men’s championships since 1931.

Professor Lauri Pikhala created the Finnish version of baseball in the 1920s to train soldiers for combat. The rules are similar. One team tries to hit the ball with a bat and run through the bases while the opponents try to catch the ball and outrun the player. The biggest difference between the two versions is that the pitcher stands next to the batter and throws the ball vertically.

Besides Finland, athletes play pesäpallo in Australia, Switzerland, and Canada. The pesäpallo World Championship has been held eight times so far, but the Finnish championship series, the Superpesis, is just as popular. Today, almost every bookmaker offers pesäpallo betting options which is worth considering since fewer bettors mean that bookmakers do not pay as much attention to it as to mainstream sports. Check out the rules and odds at 888sport Sportsbook!

The Most Popular Sports Played in Europe!

Believe it or not, curling is getting more popular these days, but did you know that it originates in Scotland? Its first written mention is from 1540, but the first official curling club opened in 1838 in Edinburgh. Though, there are various theories about the origins.

Ever since then, the sport has slowly spread around the world. Curling is a winter team game that was included in the Olympics several times as a demonstration sport and officially became part of the Games in 1998.

Why is curling one of the most popular sports in Europe? A match usually consists of eight ends, except for the Olympics, European, and World championships, where it is ten. A draw is only possible in smaller tournaments. Two teams play against each other, and each has eight stones within an end, so 16 granite disks are in play.

Players take turns sliding the disks as close to the target as possible, then count the points. The scores after the ends add up, and we have the winner. You can find the upcoming curling events at online sportsbook sites in the UK!

Many consider pall-mall as the forerunner of snooker. People used to play this outdoor ball game, where the players had to send the ball with mallets through a course. In order to be able to play something similar in bad weather too, they moved the game indoors. However, they continued it on a table due to the smaller space, and snooker was born! British officers in the Indian colonies invented it by combining the black, life, and pyramid pool games.

Sir Neville Chamberlain experimented with 15 red, one black, and one white balls on an English pool table. Then he added a brown, a blue, a green, a pink, and a yellow ball as well. After going home to England, the officers introduced snooker in 1885. Snooker requires immense concentration, planning, and perfect execution. Betting sites and sports channels broadcast the biggest tournaments since snooker is among the most popular sports played in Europe.

Overall, the majority of snooker players have amateur status. Unlike the majority of sports, only players participating in the World Snooker Main Tour series under the WPBSA are professional snooker players. New pro players usually earn a two-year membership which they can keep if they finish in the top 64. Ronnie O’Sullivan, Neil Robertson, and Judd Trump are the top three in this season. You can check out their odds at 888sport Sportsbook!

Most Popular Sports Played in Europe!

Basketball is also a pretty popular sport in Europe, even though the NBA is the most famous league. However, there are several professional leagues in Europe, like Spain, France, and Italy. Basketball gets more attention each year around the world, but tennis has a stronger presence in Europe. Tennis is an English version of the French game the jeu de paume. After the battle of Agincourt in 1415, the English captured and held Prince Charles d’Orléans captive for around twenty years.

During his captivity, he introduced the game, which spread in England. It is also called the sport of kings. If you have seen at least bits and pieces of a game, you must know how strict the tennis etiquette is for spectators. Several hundred million people watch world tour events every year, so tennis is one of the most popular sports played in Europe. Ever since its creation, tennis has been a well-liked sport that has produced legendary sports stars! You can find the most recent tennis news at online sportsbook sites in the UK!