The NBA Western Conference Finals: a Review of Game 4 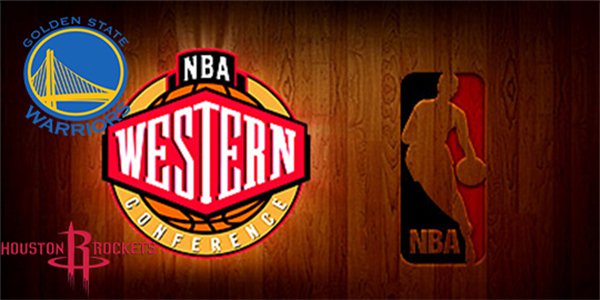 Harden and his beard were simply unstoppable.

To stay in the series, the Houston Rockets have to make history. They will attempt to be the first NBA team in history to come back from a three-game deficit to win a conference final. They have been in four elimination games in the playoffs. The Rockets have lost to the Warriors seven out of seven games this year. But making U.S gambling news, the Rockets have already done it once already to get to this game.

• The Rockets have lost to the Warriors seven out of seven games this year
• At 75% shooting and at 45-22, Houston had the best quarter all season
• James Harden had a conference final high of 45 points

The Warriors have played a stellar series winning all their games by double figures. Unfortunately, Houston hasn’t been able to capitalize off of the few mistakes that Golden State has made. There is very little that kept Houston from going home, except for the fact that they didn’t want to. After such a humiliating defeat, the Rockets would had to do what they’ve already done. Well a 128-115 Houston victory was a good start.

The first quarter from Hell puts Rockets speeding ahead

Well this game started like a possible repeat of game three. All that energy Houston had almost went against them as they missed the first two drives up court. After 9-0, Coach Steve Kerr called a time out to talk and break the Rocket momentum. The Rockets ended up looking very hot while the Warriors were 1-8 from the field. The whole Houston team came to play and made it rain before Harden made a single point.

In the first 27 Rocket points, Harden had yet to contribute. A couple of free throws finally put Harden into it. Josh Smith also had an excellent contribution to the offense. The Golden State defense, constantly cautious of Harden, allowed the rest of the Rockets to light up the court. After the first quarter, five Rocket players had made a three-pointer. That state alone could’ve earned someone money using online sportsbooks in the U.S.

The first quarter, 75% shooting and at 45-22, was the highest scoring quarter by Houston all season. Coach Steve Kerr replied to the question concerning his team by saying “they’ve scored 45 points in 12 minutes. We have many problems.” Dwight Howard got the ball in good faith and he was able to contribute while having a sound inside presence defensively. Curry and Harden would rest at the same time at the start of the second quarter.

Jason Terry was still impressive as the Warriors were able to stay in the game. It was more impressive that Houston could still play well enough to maintain a lead. Klay Thompson, for Golden State finally showed a pulse in the second quarter. At 5.52 in the second quarter Curry, in mid air going for a block, fell over Trevor Ariza and landed on his head creating shock and awe among the crowd. Seven minutes of standby and Curry got up to an ovation by the Houston Crowd.

As Kerr tried to keep it together for his team in Curry’s absence, the Warriors started to go on a run cutting the 25-point lead to 13. The 8-0 run by Golden State was without Curry’s presence. Harden was a bit docile at that moment with the Rocket team shooting at 65%. The Warriors were in 12 of the Rockets until Trevor Ariza got the foul and finished a four-point play. Leandro Barbosa put some 3-pointers in keeping Golden State alive.

Thompson’s 16 points for Houston put a serious dent into the Rocket lead. In the second half, Josh Smith continued his run of 7-7 shots. The Warrior’s Draymond Green who’s consistently in putting up points was perhaps the strongest factor during Curry’s absence. Harden’s 16 points in the third quarter made a statement that nothing, including Curry’s return to the floor, is going to stop Houston.

The Warriors were able to cut the lead to a solid 10 points while Harden was on the bench. Klay Thompson drove in a three-pointer and got Golden State within 7. Harden was slowly heating up while Curry showed more steam. A Rockets 7-0 run forced Coach Kerr to call another time out for the Warriors. Josh Smith had a solid performance.

Both teams had a combined 34 three-point shots which set a new record in playoff history. Those who waged for the Rockets deserved their money earned in the confines of U.S gambling laws. James Harden, who ended with a 45-point game, spoke of his team’s performance “We had to do a better job at being consistent. And tonight it showed.”