The NBA Western Conference Finals: A Review of Games 2 and 3

News >The NBA Western Conference Finals: A Review of Games 2 and 3 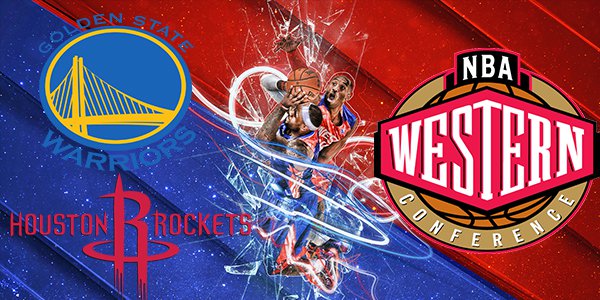 Games two and three of the NBA Western Conference finals left everyone a bit taken back. It was known who had the best team, even though Houston had to win three straight games over the Los Angeles Clippers to advance. It was also known that Golden State had the highest ranked player in the country. As a point guard, Curry can control the flow of the game and navigate it according to his skill set.

The Houston Rockets were never anything to scoff at. The team, a bit weary was still effective. Yes they have the second highest ranked player in the country. Although he lacks the command of the ship like Curry, Harden can still turn it around. Yes the Rockets proved they can win three straight games, but Harden and his beard will have to join forces and win three straight wins again to make U.S sports and U.S gambling news.

The Rockets almost slipped by Warriors in game 2

It cannot be said that the Houston Rockets didn’t give Golden State a challenge in game two. In fact, the game was a “sit on your edge experience” particularly at the end. James Harden scored 38 points and still was irritated at the loss. With 10 rebounds and 9 assists to add, Harden . Dwight Howard was impressive with 19 points and 17 rebounds and rightfully held his own as a one-legged wonder (fighting a knee injury) and contributor.

Harden explained the frustrations of the Rocket’s team and the 99-98 loss. “It’s tough, you know how hard we fought both these games, still we’re giving up small things too many easy layups too many easy threes that we’re having to climb back this is a really good team we’re playing so when you’re giving those buckets you put yourself in a situation where you look at those plays way back in the game and you want them back.”

Shooting 18 out of 52, including 4 out of 17 3-pointers, without Harden and Howard, the rest of the Rocket’s poor play would’ve made users of online sportsbooks in the U.S cry. Houston missed an opportunity to put take advantage of Golden States unimpressive defense. Apart from Andrew Bogut, the defense definitely had holes in it. Curry had six turnovers and Draymond Green had four turnovers from too much unsafe passing.

Andrew Bogut had a stellar performance for the Golden State offense. His efforts to the Warrior’s offense were as one-sided as Harden’s and Howard’s were to the Rocket’s offense. When Bogut was in the paint, Houston was shooting about 58%, but while he was on the bench Houston’s average shot up to 73%. He took advantage of Howards lack of range and Rockets inability to shoot far from the paint.

The Rockets never got off the ground in game 3

If you ever doubted Curry couldn’t “handle his business”, then shame on you and every punter who had the nerve to wager against him. This year’s Most Valuable Player in the NBA has sunk 59 three-pointers in the playoffs. Just for clarity, Curry has also scored at least five or more 3-point shots in each of the last five games. He is now the only player besides Michael Jordan to score five 3-pointers, 40 points and shoot 55% from the field.

Golden State committed a serious “a%# whupping” on the Houston team. The 115-80 loss has put the Rockets in a treacherous situation where they will be one more loss from elimination. The Warriors outscored the Rockets 58-42 on the inside and beat them in rebounds 60-39. Five of the warriors had double scoring figures as their dominance gave them a 25-point lead at the half. Anyone betting for the warrior would’ve been sorely disappointed, with U.S gambling laws or otherwise.

The largest question involves Harden who was virtually absent during game 3. Scoring a measly 15 points, three rebounds and four assists, only the body of Harden came out, while his spirit stayed home. It will become tough for Harden for the rest of the series, because Harrison Barnes was able to contain Harden, unlike Klay Thompson who had the job the last two games.

When the Warriors sensed Harden’s shut down, they acted like there was blood in the water and rotated their defense on Harden one by one. This magnificent defense was accomplished without any double teams on Harden. Golden State took advantage of a cold Rocket team that only could be ignited with one man. Howard’s 14 points and 14 rebounds deserves honorable mention. No team has ever won a conference final when down by three.