Top 3 Underdogs you can Bet on to Win the SuperBowl 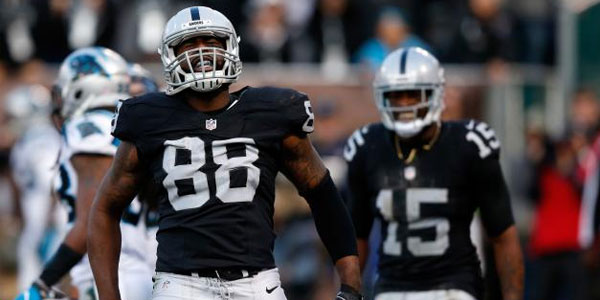 As you would expect, there are a number of NFL teams currently favored to win the championship this year. Here are the top 3 underdogs you can bet on to win the Super Bowl with NetBet Sportsbook.

One of the biggest talking points of this NFL season has been the unexpected rise of the Oakland Raiders. Not long ago (just a few years in fact) the Raiders were considered the worst team in the entire league. The head coaching duty changed hands several times over the past decade, but they seem to have finally found their groove under the tutelage of current coach Jack Del Rio.

This season, Oakland has made UK gambling news by emerging as one of the best teams in the NFL with a current record of 9-2. They have won 7 of their last 8 games, including impressive victories over fellow top teams the Denver Broncos and Houston Texans. Derek Carr has been instrumental in their success, and is quickly becoming one of the top young players in the league.

The Raiders may not be the biggest underdogs that you can bet on to win the Super Bowl, but they are certainly not at the top of most analysts picks to win. NetBet Sportsbook currently lists their odds to win the Championship this year at 14/1.

If there’s one team that’s flying under the radar this year, it is the New York Giants. Perhaps it’s because they are in the same division as the Cowboys, or maybe because they don’t have as hardcore a fan base as, let’s say, the Raiders (some would disagree). Whatever the reason, they are not at the forefront of most people’s mind when it comes to potential Super Bowl winners, although they should be.

Odell Beckham Jr. is considered one of the best wide receivers in the NFL (photo: gmenhq.com)

There may be no team in the NFL that’s more well- rounded as the Giants. With aggressive pass rushers like Johnathan Hankins, Janoris Jenkins and Olivier Vernon, among others, they have one of the strongest defenses of any team. Offensively, the Giants are benefiting from the talent and experience of both Eli Manning and Odell Beckham Jr.

The New York Giants currently sport a record of 8-3, and are currently riding a six game winning streak. One of their most impressive wins came a few weeks ago against the Baltimore Ravens, who are at the top of the AFC North. The Giants are a great choice to bet on to win the Super Bowl. With NetBet Sportsbook odds of 22/1, you have the opportunity to earn serious money betting on the NFL underdog here.

For a time, the Houston Texans were seen as one of the favorites to win this year’s Super Bowl. Unfortunately, they have failed to look like playoff material as of late, with losses in 3 of their past 5 games. Despite having one of the best defensive lineups in the NFL, they are struggling to stop many of their opponents from pushing down the field.

Due to their recent string of losses over the past few weeks, most online sportsbooks in the UK list them as a massive betting underdog to win the Super Bowl this year. If they fail to get a victory over the Packers this Friday, their chances of even making it into the playoffs seem slim.

With that being said, the Texans still have a solid shot to win the Super Bowl this year. JJ Watt’s absence has no doubt affected their performances this season, but they still possess an extremely talented lineup of defensive players. Their real key to advance this season will be to improve on their offense. Brock Osweiler has taken plenty of criticism, and unless he makes some serious improvements he may find his time as a Texan winding down. The Texans’ odds to win the Super Bowl are currently set at 55/1.

Who do you plan to bet on to win the Super Bowl? Will it be one of the betting NFL underdogs we listed above? Tell us what you think by leaving a comment below, and make sure to check out GamingZion’s list of online casinos in the UK to find all the best sites offering internet casino games including NFL themed slots!