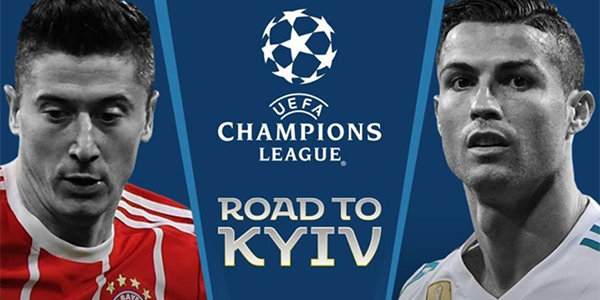 If you got the chance to watch UCL semifinal first-leg between the Germans and the Galacticos, you might have had the impression that it was not one of the greatest games in 2017/18 Champions League. So, what went wrong, and what are the Real Madrid v Bayern Munich second-leg odds?

By the end of the full-time, several spectators invaded the pitch angry with their team who lost ridiculously (2-1) the UCL semifinal first-leg against Real Madrid. Before the game kicked off all odds were in favour of Bayern Munich’s fortress to stand strong against the UCL two-times champions in a raw. Yet it was surprising how the two best teams in Europe lacked quality in the pitch. Online sportsbooks in Germany presume it was just a matter of luck or the Bundesliga leaders were not clinical enough. But what about Real Madrid v Bayern Munich second-leg odds? Could we get some taste of a titanic battle at the Bernabeu?

The first-leg looked like a friendly instead of a semifinal

The game was Real Madrid’s sixth-consecutive victory against Bayern in a streak that dates back to April 2014. However, the visitors did not give their best performance, as Bayern dominated the match. But they were more clinical to seal the deal on the night.

On the other hand, Bayern were wasteful, missing many chances that could have been certain goals. They even missed a couple of chances as close as 2 yards out of the goal. Bayern also have not had their share of luck, they were short of a full-strength. In addition, they lost Arjen Robben at the eighth minute of the game and Jerome Boateng joined in the treatment room before the first half was out.

Real Madrid are now on the verge of making it to the final for the third straight year. They are on two crucial away goals advantage, and if they display a strong defensive style with some effective counter attacks, as they did in the first-leg, they will conveniently win the match.

Real Madrid v Bayern Munich second-leg odds are for sure in favor of the home side. At Comeon Sportsbook the odds are (2.10) for Los Blancos, (3.30) for Bayern, and (3.70) for a draw that will grant Real Madrid the final in Kiev. Frankly, we think the odds are fair enough, because Bayern will travel to Madrid without six players who will normally be included in their starting line-up, and they are already one goal down. Only if Lewandowski takes more active role, we could enjoy a better show from the visitors.