Should We Not Panic That Casinos Have Bet On Solar Power?

News >Should We Not Panic That Casinos Have Bet On Solar Power? 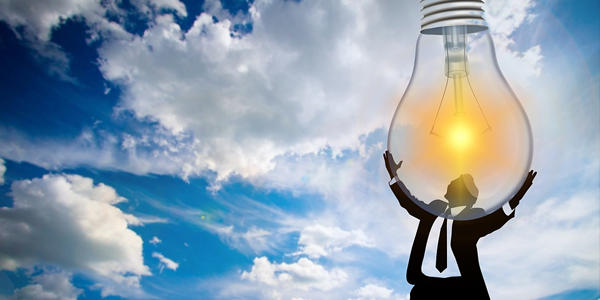 MGM are spending millions on a solar power station. The facility is due to open in 2020 and is set to provide a significant portion of the power consumption of all 13 of MGM’s Las Vegas casinos, but is this a cleaner, greener casino ethos we’re seeing from environmentally friendly business interests or should the rest of us start to worry about how much fossil fuel is left when the casinos have put a such a sizable bet on solar power? Are they ahead of the game or just playing one? We take a look.

It should be big news. One of the largest gambling interests in the world is placing a bet on solar power to the tune of around 100 megawatts, building a massive photovoltaic array out in the Nevada desert in a move it hopes will one day produce 50% of its resorts energy needs, the environmentalists at least, you’d think would be over-joyed, however there’s been precious little coverage of this milestone and it doesn’t take a genius of US gambling laws to work out why, the world is a little busy right now.

The rise of populism has the intellectuals worried, the Russians have everyone on a computer concerned and for ultimate angst the two most unbalanced leaders in the world, Donald Trump and Kim Jong-un are trying to goad each other into starting World War III. By comparison this green bet on solar power by MGM is small potatoes, however this is perhaps signposting a future about which we should be frightened, given when casinos are taking themselves off the grid, it’s probably time to panic.

From NV Energy To The Power Of The Sun

Naturally one can assume that any mainstream gambling industry player, especially one the size of MGM, is going to be playing the odds. It is, after all, their bread and butter, so when they start placing a bet on solar power it can only be because they see a future in which that is the means by which they’ll need to get their energy, some 27,000 homes worth, but what does that say about the power we all currently rely upon? Is it going to vanish entirely or merely become too expensive for us to afford?

You might very well like to bet on sports in the US but are you likely to visit a Vegas casino in an era when fossil fuels have dried up and only so-called “alternative” energy sources are available? Of course not, so what then is the motivation for this huge construction project? Well mostly it’s about tax breaks but also it is stunningly good public relations for an industry desperately trying to ween itself off the shady connotations that have clung to it over the years. A bet on solar power is just a good move.

If Casinos Bet On Solar Power Shouldn’t You?

MGM Casinos To Be Powered By Solar Array

“Protecting the planet is a business imperative for MGM Resorts,” said CEO Jim Murren, keen to emphasize the green credentials of his company, going on to say; “It is our responsibility to find innovative ways where we can use clean energy to power our resorts. Incorporating renewable energy into MGM’s portfolio will fundamentally reduce MGM’s environmental footprint.” You’ll not that despite the use of the Dry Lake Solar Energy Zone for their bet on solar power the tax didn’t get a mention.

We should, I suppose, be glad that big industry players are putting a bet on solar power, that there will be jobs in creation and maintenance of the 336,000 solar panels, but anyone in the US gambling news of this project heralds a new era in environmentalism, do just think again. This revolution in power creation is the preserve of the rich, and there’s just the glimmer of dystopia on the horizon where it is only they that can afford the luxury of electricity and the rest of us are gambling in the darkness.