UEFA to Introduce VAR in the Champions League from 2019/20

VAR will enter service for the Champions League starting from next season to provide assistance in crucial decision making. 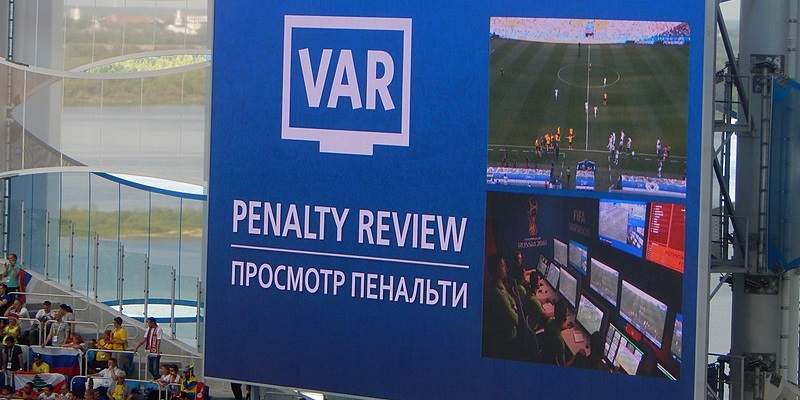 VAR (Video Assistant Referees) is set to be used in Europe’s elite competition commencing from next season, after a successful trial during the 2018 World Cup.

Will VAR be a success in Europe?

Starting from next season, the Champions League and other UEFA competitions will be make use of VAR in efforts to minimize controversial decisions in matches, online sportsbook news report.

UEFA’s president Aleksander Ceferin has expressed confidence in the system and that it will deliver on its promise of reducing controversial decisions in the competition. He also noted that the current time frame of nearly 12 months will allow them ample time to successfully install the system in time for the Champions League qualifiers that begin in August, 2019.

“We are confident that introducing Video Assistant Referees in August 2019 will give us enough time to put in place a robust system and to train match officials to ensure an efficient and successful implementation of VAR in the UEFA Champions League, the world’s flagship club competition,” said the UEFA chief.

So adding VAR to the game will undoubtedly give the perception across the world that UEFA’s competitions are the most widely officiated football events, among all the other tournaments across the globe. Naturally, we’re yet to see if this will actually elevate the quality of the game, so for now it remain to be seen whether VAR will be a success.

VAR did its job during the 2018 World Cup, expect in the most important match – the final

The 2018 World Cup in Russia marked the first time that VAR was used at a World Cup, or any major football event for that matter, as the governing body tried to cut down on controversial plays, such as the disallowed goal by Frank Lampard when England played Germany in the last 16 of the 2010 World Cup.

The system was successful for the most part during the tournament in Russia, as it not only helped resolve crucial decisions for referees at times, but it also brought another form of entertainment to a World Cup that wasn’t experienced before by fans, according to online sportsbooks in Russia.

Supporters at the stadiums and those watching on their TVs across the globe were kept on the edge of their seats whenever the referees made the now-famous VAR gesture (they would simply move their index fingers in a shape of a rectangle, depicting an image of a TV screen) to see what the outcome of a potential foul would be. It truly was exciting to see what decision would be called, as an active game was put on hold for a few moments.

But the system – that was implemented to help reduce bad decisions – received a great deal of backlash at the very end of the tournament, the 2018 World Cup final. The Croatian fans were furious when referee Nestor Pitana decided to award France a controversial penalty, despite watching the VAR screen twice and taking significant time to make the call.

Many viewed this as a huge error that gifted the French an early lead, as they went on to win the tournament and claim their second World Cup title. So, VAR had its faults when it matters the most; we’re yet to see how it performs in European competitions next campaign.