Want to Bet on Tennis in the UK? Here’s What You Need to Know 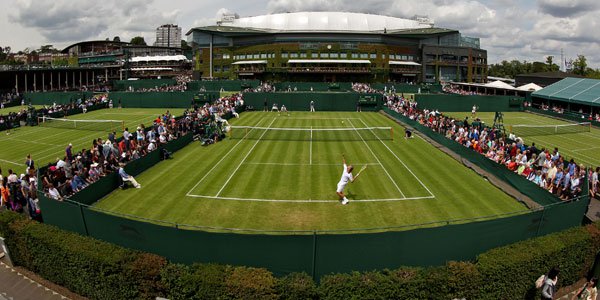 Some major tournaments will be taking place over the next several months, and if you’re looking to bet on tennis in the UK, the best odds can be found at BetVictor.

The UK has produced some of the most talented tennis players in the world over the years. At the moment, Scottish player Andy Murray is the face of UK tennis, though a number of young up-and-comers are beginning to emerge.

A number of major tennis tournaments are now scheduled to take place over the next several months, and those looking to bet on tennis in the UK will find the best odds at BetVictor. Let’s check out a few events you can place bets on right now.

From June 12th to the 18th, the 2017 US Open will be taking place. This famous tournament will include most of the best tennis players in the world hoping to earn the massive $3,500,000 first place cash prize. The US Open betting odds are already set, and those that like to bet on sports in the UK have some fantastic opportunities to cash out.

In the men’s division, some clear betting favorites have already emerged. At the top of the odds is Novak Djokovic, who’s currently ranked number 2 in the world. Despite his upset loss at the Australian Open he’s still one of the top players today. Djokovic’s odds are set at 2.50. Andy Murray is another great UK tennis betting option with odds of 3.00.

With Serena Williams out, it’s anyone’s guess who will win the women’s US Open this year. At the moment, the betting favorite is Angelique Kerber, who managed to win both the Australian Open and US Open in 2016. Kerber’s odds are set at 5.00. One of the best US Open betting underdogs is Simona Halep, who will be aiming to win her first Grand Slam single. Halep’s odds are set at 9.50.

Another great option to bet on tennis in the UK is placing wagers on the winner of the 2017 French Open. We recently covered some of the betting favorites with Serena Williams out. Now let’s take a look at who’s favored to win in the men’s division.

The odds here are quite similar to the US Open odds. Rafael Nadal is considered by most tennis betting experts to be the best clay court player in history, and as a result is the significant French Open betting favorite with odds of 5/4. Novak Djokovic is another great option with BetVictor odds of 7/2.

Juan Martin Del Porto is entering this tournament as a massive 40/1 betting underdog, though many fans of the sport feel he’s got a great shot at making UK gambling news with the upset victory.

The Wimbledon tournament is one of the most well-known annual events in tennis, and draws in tennis fans from around the world to watch the best players compete. The 2017 event will begin on July 2nd, and those that want to bet on tennis in the UK can already wager on the winners with BetVictor.

As you would probably expect, the same three players we listed before are at the top of the men’s betting odds. Andy Murray and Novak Djokovic are both listed as 2/1 favorites, while Roger Federer enters as the slight underdog at 10/3. Milion Raonic is a great option as well with current odds of 12/1.

The 2017 Wimbledon betting odds in the women’s division are a little more interesting. Despite having no Grand Slam wins, Simona Help is the current favorite with odds of 11/2. Garbine Muguruza is just 23 years old, but made a huge impression last year with a win at the French Open. Her odds to win are set at 9/1.

If you’re looking to bet on tennis in the UK, the best site you can access is BetVictor. They provide members with the best odds, and also allow for a wide range of different tennis special bets. Check them out today, and tell us who you think wins the tournaments we listed in the comment section below!