With Serena Williams Out, who is Favored to win the WTA French Open? 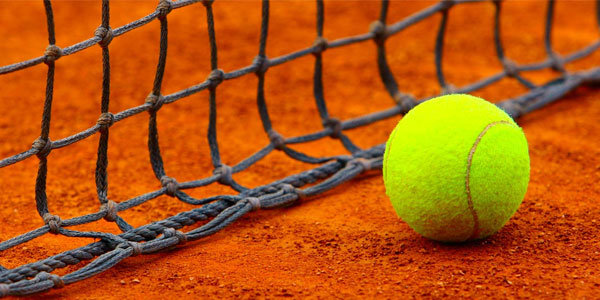 With Serena Williams out, it’s time we take a look at who is favored to win the WTA French Open, and some of the most promising betting underdogs.

The 2017 WTA French Open will officially kick off on May 22nd. Not long ago, we at GamingZion broke down a few of the betting favorites to win, with Serena Williams leading the betting odds. Just a few days ago Williams announced she was 20 weeks pregnant, obviously eliminating her from any tennis events in the near future.

Now let’s take a look at who is favored to win the WTA French Open with Williams out. Most of the best female tennis players in the world will be taking part, and Intertops is offering their members some incredible odds to cash out.

At just 23 years of age, Garbine Muguruza has reached the top 10 world tennis rankings and is seen by many tennis betting experts as the future of the sport. Since turning professional in 2011, she’s won 5 career titles including the 2016 French Open.

Muguruza’s French Open win made her the first Spanish female player to capture a Grand Slam title since 1998. Afterwards, she was listed as a betting favorite in tournaments by most online sportsbooks in the US. Unfortunately, the rest of the year was an inconsistent one with first round losses in the Mallora Open and US Open.

This year she’s performed well at both the Brisbane International and Fed Cup. Muguruza is one of the most explosive players competing in the French Open this year, and is listed as the betting favorite to win with odds of 5.50.

Romanian player Simona Halep first broke into the world’s top 50 rankings at the end of 2012. In 2014, she made it to her first Grand Slam final at the French Open, but lost in a 3-game set to Maria Sharapova. Later that year she also made it to the final of the WTA Finals, but lost to Serena Williams.

Simona Halep (right) lost in the finals of the 2014 French Open (photo: bleacherreport.com)

Halep suffered an Achilles injury in 2015, but returned in 2016 with appearances in a number of major tournaments with mixed results. This year, Halep lost in the first round of the Australian Open and was forced to withdraw from the St. Petersburg Ladies’ Trophy after the second round due to injury.

Some tennis analysts speculated that this injury could prevent her from competing in 2017. Nevertheless, she’s one of the players who is favored to win the WTA French Open this year with odds of 7.50. Simona Halep is without a doubt one of the most talented players in the world, and at just 25 years of age still has plenty of time to improve her skills.

Maria Sharapova may not be a player who is favored to win the WTA French Open this year, but Intertops has given her some great odds. Sharapova is one of the most experienced players in the entire tournament with 35 WTA titles to her credit. Her last Grand Slam single victory came in the 2014 French Open over the aforementioned Simona Halep.

Since that French Open victory, Maria Sharapova has been dealing with a score of unfortunate injuries and a positive drug test for meldonium, which she claimed was prescribed for a heart condition. She will return for the first time since then at the French Open, and has a chance to make US gambling news with a victory. Her odds are set at 10.00.

Do you agree with who is favored to win the WTA French Open this year? Will any of the players we listed earn the trophy? Tell us what you think in the comment section below, and make sure to check out Intertops for a full list of 2017 tennis betting odds!