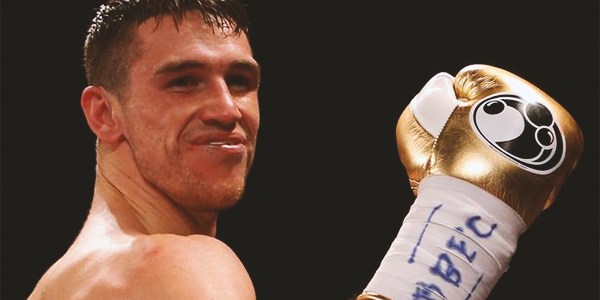 We’re coming to the culmination of WBA Super Series (Super Middleweight Division)! Quarterfinals took the best 4 fighters to the semifinals and for this year we have an exact favourite. Join us and hundreds of other fans and place your bet on Callum Smith!

Online betting sites in the UK are bombarded with bets regarding WBA Super Series Semifinals. Visit Vbet Sportsbook to place your bet on Callum Smith, while boxing betting odds are represented as follows:

If you’re ready to bet on boxing but still confused and don’t know whom to be on, this article is for you.

Let’s talk about them and their previous fights first.

The super middleweight tournament quarterfinal resumed with Chris Eubank Jr. defending his IBO title against Avni Yıldırım. On fight night, Eubank blasted Yıldırım, knocking him out in round 3. Eubank dropped his opponent with an uppercut in the first round, and finished him with a flurry of punches punctuated with a left hook in round 3.

George Groves sought to defend his WBA (Super) title against Jamie Cox at the Wembley Arena. After a tentative first round, Cox managed to corner Groves and hit him with accurate combination punching during round 2. Cox pressed Groves for the rest of the fight but Groves slowly started countering him with accurate timing.

The fight ended in round 4, when Groves landed an uppercut to Cox’s solar plexus. Noteworthy, that these two young British ruthless fighters are going to meet in the semifinals.

The date and the place of the second fight is still to be announced, while opponents are known – Callum Smith and Juergen Braehmer. You’re here to bet on boxing and here’s why it’s better to place your bet on Smith.

Bet on Callum Smith! Why?

The first WBSS super middleweight match featured Callum Smith and Erik Skoglund. Smith beat Skoglund by unanimous decision to win one of four quarter-finals in front of his home crowd in Liverpool and left Skoglund with a bloody nose. Now unbeaten in 23 bouts, Smith also claimed the WBC Diamond belt and became the first semi-finalist in the super middleweight World Boxing Super Series.

I bet this guy know a thing about boxing, still intrigued, why he’s not at the top of betting odds on Vbet Sportsbook!

German professional boxer. He’s a two-time former light-heavyweight world champion, having held the WBO title from 2009 to 2011. (5 wins out of 100 is a considerable result, no wonder why he got a dominant decision win against Brant in quarterfinals, outboxing and outworking him over twelve rounds.

Brant was unable to cope with Brähmer’s refined technique, and he eventually seemed to tire out. Decent victory.