What Do the Premier League Summer Transfers Mean for Bettors 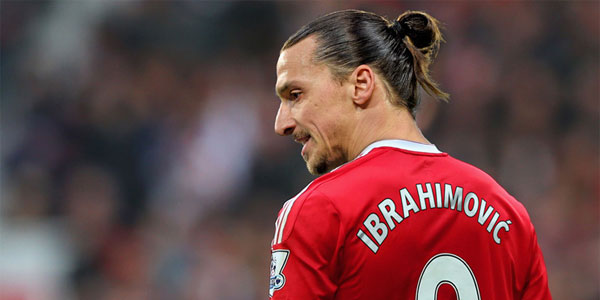 This year’s premier league summer transfers have been as expensive and headline-grabbing as ever. How will they affect the teams chasing the title?

Manchester United have made the biggest signings this summer, and that’s before you include the likely signing of Paul Pogba for a potential world record fee. Bailly is the least known, but has the potential to play a key role in defence. Mkhitaryan isn’t as famous as his talent justifies: he’s been a star for Dortmund in recent years and could easily be one of the best players in the league.

Zlatan brings star quality which will be crucial if United are to regain the belief and self-confidence they appear to have lost in recent years. He’s ageing, but he’s still miles better than Rooney, and will massively improve them. Pogba, if and when he arrives, will bring the kind of dynamism and talent that could inspire United to a league title. If any club’s transfers prompt you to back them at an online sportsbook, United are the team. However, it’s far from certain all the elements will come together fast enough, amidst the fierce competition of this season’s division.

The biggest signing for Manchester City this summer has been Pep Guardiola, but he still needs talented players to carry out his ambitious plans. Leroy Sane, the gifted 20 year-old German hasn’t quite yet signed from Schalke, but he seems certain to. His youth contrasts with the experience brought by Nolito, soon to be 30 but still a valuable addition from Celta Vigo. İlkay Gündoğan is a big name signing who, if his injury troubles are truly behind him, could again show himself to be one of the best central midfielders in the world. If City sign another central defender, their summer will have been a success. However, it’s not been quite as transformational as their rivals United.

Chelsea are another club where the biggest signing has been the manager. However, if N’Golo Kanté has another season like last year, that might not prove true. The 25 year-old Frenchman was the heart of Leicester’s title-winning team. How much he can inspire Chelsea will tell us a lot about what was responsible for Leicester’s triumph. Batshuayi is a gifted striker, though perhaps not yet at the level to dominate the Premier league. For Chelsea to challenge, they may well need a couple more additions,

To their fan’s frustration, Arsenal haven’t signed any of the biggest names among premier league summer transfers. Their summer started well, with the £33 million acquisition of Swiss international and Borussia Mönchengladbach captain Granit Xhaka. He will provide the fight they’ve long required in central midfield, but there is still a dearth of quality up-front and, with Mertesacker injured, a lack of quality at the back. The signings of 21 year-old Japanese international striker Takumo Asano and Bolton’s 20 year-old centre back Rod Holding are not of the level fans would like. On the basis of their summer signings, don’t bet on Arsenal yet.

While Spurs’ two prominent signings have really only been back-ups, with their young team almost winning the league last year perhaps that’s not a bad move. The biggest problem encountered by Tottenham was tiredness at the end of the season, and their summer signings provide back up in key positions. Vincent Janssen, top scorer in last year’s Eredivisie, should be an excellent young back up to Harry Kane up front, while Wanyama can be a dependable replacement in central midfield.

Liverpool have made the biggest share of premier league summer signings, though not all are big names. They’ve signed two keepers – Mainz’ Lorius Karius and Augsburg’s Alex Manninger – though error-prone Mignolet may well start the season as first choice. Joel Matip and Ragnar Klavan should provide the defence with more solidity and versatility.

Mane and Wijnaldum, however, could be big signings. Mane’s pace and natural attacking instinct should fit perfectly with Klopp’s tactical plan, while Wijnaldum managed to look impressive despite featuring for an abysmal Newcastle team last year. With no European competition to distract, and a team full of prime-age players, Liverpool could surprise this year: their odds at online sportsbooks in the UK look rather tempting.

Leicester made gambling news only last season by beating their 5000/1 odds are winning the league. A large part of their success was due to previously unheralded players, so it makes sense that they would continue with their transfer strategy of looking for unappreciated gems. Ahmed Musa is the big signing so far, the speedy Nigerian arriving from Russia for over £16 million.

Another major signing is Nampalys Mendy, the French defensive midfielder, who the club presumably hope can replicate the success of Kanté. Despite the outstanding performances of Kasper Schmeichel last season, Ron-Robert Zieler will provide excellent competition. Raul Uche Rubio is a promising Spanish attacker, while Luis Hernandez will provide support at centre back. Overall, Leciester’s signings don’t look particularly exciting but they didn’t last year either! As with other premier league summer signings, it’s a matter of waiting for what the league has in store!