When The Winner Gets Punished: SEA Games 2017 Results Too Harsh for Malaysia 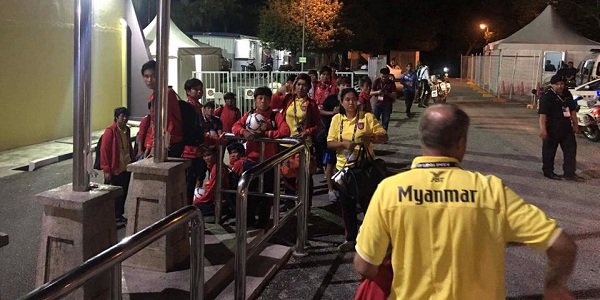 Everyone in Malaysia was upset about the latest SEA Games 2017 results, but some were smart enough to strike back!

Online sportsbook news sites in Myanmar are not supposed to be overly proud of their nations’ latest activities. The Myanmarese Women’s national football team just beat the hosting nation’s team. They didn’t show any signs of mercy: Myanmar won against Malaysia by 5-0, trashing the home nation.

It’s obvious after such SEA Games 2017 results in Malaysia that the other team was far stronger, but we could have expected such results beforehand, based on women’s football betting predictions in the online sportsbook directory. However, the Malays didn’t get overly desperate after the latest SEA Games 2017 results.

How do you strike back when your team is trashed by 5-0?

After the humiliating defeat, the Malay national football team had no reason to celebrate. The guests, much more. However, as the tournament goes on and they are professional football players after all, the celebration was supposed to be shortened because the team had to go back home to their hotel.

And they wanted to do so, to take a well-deserved rest after a great victory. However, that’s when they faced the Malay wrath: they were supposed to be picked up by cars organized by the hosting nation, but their transfer never arrived as a result of a very mature move from the Malaysians. But the team didn’t mind it too much: they win their next game again. This time, by 6-0 against the Philippines.