Novelty Bets and Odds for the Next Royal Pregnancy

News >Novelty Bets and Odds for the Next Royal Pregnancy 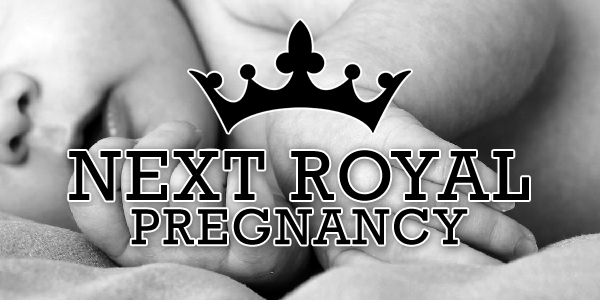 “We will just have to have more babies,” said Kate Middleton in July during her visit to Poland. While the world awaits the next royal pregnancy announcement, you should think ahead, and place your bets on the sex or the name of the third royal baby!

[Update 04/09/2017:]
On the 4th of September, Kensignton Palace has announced that the royal couple are expecting their third child. According to news sources, the Duchess had to cancel an engagement scheduled on Monday, due to hyperemesis gravidarum, which is a complication of pregnancy that is characterized by severe nausea and vomiting such that weight loss and dehydration occur, as Wikipedia put. The article contains the updated odds; click here for the best royal baby name odds!

When is the next time paparazzi will catch Kate Middleton in her trendsetting pregnancy clothes? It has been two years since the second royal baby, Princess Charlotte, was born in St Mary’s Hospital. A month ago, fans’ attention was raised after some words dropped by the Duchess of Cambridge herself, in Poland. Publications around the globe picked up the story, making the most of it. The guessing game has officially started. Some hired mediums for a glance into the Royal Family’s future some remained on the Cluedo route.

Duchess of Cambridge’s bump growing in 2013

How about Kate Middleton’s motherhood experience? “Personally, becoming a mother has been such a rewarding and wonderful experience,” said the 35-year-old mother of two in March. “[…] At times it has also been a huge challenge,” she continued, acknowledging her royal privileges by adding “even for me who has support at home that most mothers do not.” Just like all mothers, Kate Middleton experiences a mix of feelings: joy, love, exhaustion, and worry. She must be enjoying the emotional rollercoaster of motherhood, if she really said “we will just have to have more babies.”

One thing is sure: Kate Middleton and Prince William will have another baby. The question is, when it comes to betting, what will be the third royal baby’s sex? Can we rely on long standing prediction methods? Let’s see!

Sex of the third royal baby

Traditionally, we have two options when it comes to sex, and we can all agree that the British Royal Family is all about traditions. So what will be the sex of the third baby? According to this data, “the odds of having a boy seem to increase after having girls, except after 2 girls, when a 3rd girl is more likely.” Generally speaking, the Boy/Girl birth ratio is 51 to 49, however, this ratio changes with each pregnancy. For example, only 48,6% of third born children are boys. Since the odds (10/11) are even at Paddy Power, the choice is up to your consideration!

Name of the third royal baby

Paddy Power considers 66 names for the third royal baby. The best odds come with baby names: Alice (10/1) and Victoria (10/1). During Kate Middleton’s previous pregnancy, bookmakers were rooting against Charlotte, Alice, Victoria, and Elizabeth. Therefore both, Alice and Victoria seem to be a good bet. From boy names, Arthur (10/1) and Henry (10/1) seem to be the best options. During the Dutchess’ pregnancy with Prince George, Arthur was considered a strong choice, however, James had much better odds then (5/1) than now (16/1).

If you’re not satisfied with the best options, you can check out the less likely options at Paddy Power. Don’t have a Paddy Power account yet? Sign-up today and enjoy 20 free bets as a welcome!