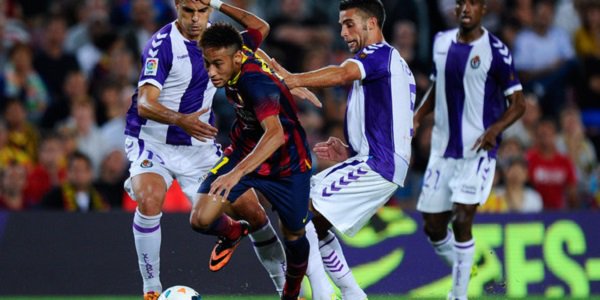 We already have the surely qualified teams but which other sides will reach Segunda Division promotion playoff spots?

If you wanted to bet on Segunda Division this season, you better take a quick look at the online betting news in Spain and make your decision quickly: the very last matchday of the season is coming up tomorrow. As soon as those matches are over, the 42th round will be done and we will know exactly which teams will have qualified for next season’s La Liga.

Actually we already know that: Levante have secured its Champion title weeks ago, having collected 84 points in 41 matches. They are surely participating La Liga next season, together with Girona CF, who have 70 points. However, the latter one has some reasons to worry as they are only 3 points ahead of 3rd placed Getafe. They need a point to make sure their second position.

As mentioned up above, if you want to make money betting on Spanish football, you should definitely not bet on Getafe being incapable of reaching one of the four Segunda Division promotion playoff spots. They have 67 points, they might even secure promotion in the second place, however, they’d need huge amounts of luck for that.

You are also late betting at online sportsbooks in Spain on Cádiz failing to participate in Segunda Division promotion playoffs: they’ve already collected enough points to secure their place in the next battle for La Liga promotion. Both teams are missed from La Liga as they have been important members of La Liga for many many years.

The teams in the 5th and 6th position are Tenerife and Huesca, so as of today, these two teams obviously have the most chances of reaching the last Segunda Division promotion playoff spots. Tenerife can actually feel safe enough: they need only one point to make sure their place in the playoff round.

However, there is much more excitement for who will claim the 6th position. Huesca have collected 60 points so far and they are there as of today. However, Valladolid also have 60 points, and they are followed by Real Oviedo, who have collected a total of 58 points. The last round will decide on who will reach the 6th position and hence the last Segunda Division promotion playoff spot.

Huesca should be in the best position, but they might be in the worst position actually: they are being hosted by Segunda Division champions Levante in the last round. Levante won’t be obvious favourites at online sportsbooks as there is no real stake for them, but Huesca is definitely up for a tough challenge.

Valladolid’s chances are not much better either: they are to face Cádiz so that could actually be a Segunda Division promotion playoff derby. Oviedo will make a trip to Elche where the away team will be clear favourites. Should they win and have both their rivals lose, they could make it to the 6th position and hence participate in the Segunda Division promotion playoffs!