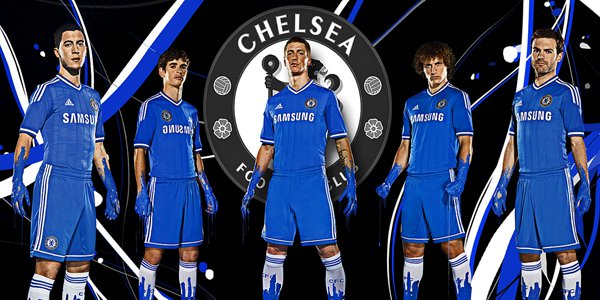 Can Chelsea suffer the same fate in the Capital One Cup as Manchester United and Arsenal?

The Capital One Cup is occupying the minds and betting activities of all punters wagering under British gambling laws this week. It’s squeezed right in between the two Premier League weekends, and for some teams it’s an extra burden before the upcoming week of Champions League and Europa League matches.

While Manchester United were humiliated 0-4 by MK Dons in the second round, the Capital One Cup third round has already brought another casualty – Arsenal were beaten 1-2 by Southampton last night. Liverpool just barely survived Middlesborough after finishing normal time 2-2 and winning staggering 14-13 on penalties.

Tonight’s fixture list also has some exiting matches for fans to watch and those who bet on sports in the UK to wager on. Besides the defending champions, Manchester City taking on Sheffield Wednesday, there’s also Tottenham v Nottingham Forest fixture, and a flashback Chelsea v Bolton, a match we’ll pay more attention to as it has lots of potentially rewarding betting odds.

• Both squads aren’t expected to put up their first teams

The Blues are welcoming the Championship side to their home turf Stamford Bridge. While Chelsea are leading the Premier League table and are busy in the Champions League, Bolton’s main ambition is promotion to the higher tier and of course decent performance in the Capital One Cup.

Considering early exit of Manchester United and Arsenal, as well as Liverpool’s troubles yesterday, the upcoming match may be a source of some hottest betting odds at online sportsbooks in the United Kingdom, should punters put their faith in Bolton instead of Chelsea.

Jose Mourinho might very well decide to put out a completely different side from what we’ve learned to expect in top competitions. Top eleven regulars including Diego Costa, Cesc Fabregas, John Terry, Thibaut Courtois and more are all expected to get some rest tonight.

However, Chelsea have a pretty deep bench and they can still line up a pretty high-quality team including the likes of Oscar, Loic Remy, Mohammed Salah, and naturally the greatly experienced Petr Cech guarding their goal. It’s only natural to expect the manager to pay less attention to the League Cup, but on the other side it’s the competition he won twice during his first term at Chelsea.

Despite a 1-1 draw with Manchester City during the weekend, the Blues are still the team to match in terms of form and will definitely want to keep their momentum going ahead of important clashes in both Premier League and Champions League. Jose Mourinho is expected to play the following staring eleven: Cech, Luis, Zouma, Ivanovic, Cahill, Ake, Mikel, Salah, Oscar, Schurrle, Remy.

Bolton on the other hand are in a completely different position, struggling to find form after winning only a single game from their eight fixtures in Championship so far. Dougie Freedman will definitely regard the Capital One Cup as a much-anticipated alternative to Championship games, and will give some time to his non-regular players.

Quotes from the managers

Chelsea Assistant Manager, Steve Holland, had the following to share with the media: “We are hopeful whoever gets the chance to play will stake a claim for a place long term, That’s the objective. You want everyone to be pushing for a place. No matter whether you are old or young, you want to play. And if you don’t want to play, you shouldn’t be here. That’s how you want your players to be. Motivation shouldn’t be a problem and I don’t expect it to be.”

As for Dougie Freedman, Bolton manager, he had the following words: “We’ve worked hard for this. This is what you could be playing against. We will give Chelsea respect but we won’t be in fear of them. Mr.Mourinho is one of the best in the business. He’s proved that many times. I’ll be encouraging my players but also I’ll be looking to my left to see how he’s moving, his actions towards what’s happening. I will be learning from this experience, growing from this experience, no matter the result.”

Despite wide understanding of the fact that Capital One Cup is not the top priority for Chelsea and Jose Mourinho, online bookies still expect the Blues to prevail against the Championship team. Bet365 values their success at 1.17 giving Bolton a huge line of 15.00 to produce yet another Capital One Cup upset. The draw here stands at 7.25, meaning it’s highly unlikely.

As for the goalscorers, it’s all Chelsea men who are leading the odds. Costa got 3.50 to score first, if he makes the starting team that is. More likely scenario is Drogba opening the scoresheet with 4.10 odds, same as for Remy, Hazard’s chances are valued with 5.10 odds. Bolton’s Beckford is the most likely candidate from the visiting team to score first with 13.00 odds, followed by Bastos, Davies and Mason all at 14.00 odds.