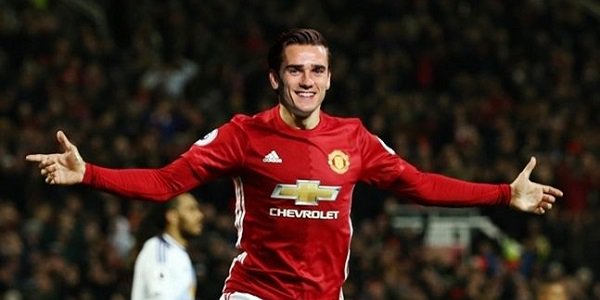 José Mourinho’s performances in the Premier League might have been disappointing for the best footballers in the world, but the Europa League victory might gain back the interest of the Manchester United transfer targets for summer transfer window.

The stake was huge on Wednesday night’s football match and online betting news in the UK felt that as well: Manchester United were to face Ajax Amsterdam in Stockholm’s Friends Arena in the Europa League Final 2017. Of course it was an exciting game, it was the final of an important international club tournament. However, it was much more than that.

By yesterday night, it became obvious that this was the only chance left alive for José Mourinho’s Manchester United to qualify for next season’s Champions League. Missing out on the most important club tournament would not only have been a major disappointment to United fans all over the world, but it would also have knocked them away from huge amounts of money as well – not only by UEFA, but from sponsors too.

However, José Mourinho’s team did what they had to do. They did not play nice, they did not play well, they did not show the world what football is all about, but they did show what success might mean for them. Ajax were incapable of breaking Mourinho’s perfect defensive line while the Reds scored two lucky goals, resulting in an easy 0-2 final score, a result which was expected by online sportsbook in the UK.

Winning Manchester United’s third trophy in the season gave them not only another golden medal, but they also regained some of their long-lost prestige which has been gone ever since they have been missing out on the Champions League. They are finally back and they will hope to go as far as possible in UEFA’s best competition.

However, for them to be able to compete against the best European clubs again, Mourinho will obviously need some new talents in his squad. Online sportsbooks are already taking their guesses of which world class players will join the Red Army. Failing to qualify for the Champions League would definitely have been a huge shock, but now the best players actually have a reason to join Man Utd. But who will do so?

According to the latest Man Utd summer transfer rumours, the most likely player to arrive is Atletico Madrid star Antoine Griezmann. It seems like a deal that already happened, as the odds for Griezmann to join Man Utd are as low as 1.33 (1/3) at BetVictor. He could perfectly replace the injured Zlatan Ibrahimovic, who can either be on his way to the MLS [1.73 (8/11) at Paddy Power] or China [5.50 (9/2) at Paddy Power].

Mourinho is looking to strengthen other parts of his team as well, and he is said to be looking for new players at his former club, Real Madrid. Gareth Bale might be leaving Real this summer and Premier League seems like the perfect step for his career. The odds for Bale to join Manchester United are 1.66 (4/6) at Marathonbet.

Another Real Madrid star, James Rodriguez is also said to be looking for a way out after spending half of the season warming up the bench. Zidane sees no future at Galacticos for the Colombian crack and Mourinho shows some interest. The odds for James to join MU are 1.33 (1/3) at Betfair, but Bayern and PSG are also among the teams who showed interest towards the South American midfielder.