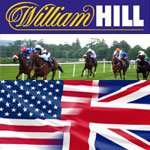 The UK-based bookmaker William Hill recently reached an agreement with Turf TV to carry coverage of US horseracing events in its shops. Adrian Ford, the managing director of Turf TV’s parent company expressed excitement that the deal will provide “competitive racing packaged specifically for a UK market throughout the evening, every night of the week.”

William Hill operates one of the largest land-based and online sportsbooks in the UK. It will now show TV coverage of several American racing events in each of its 2,400 betting shops. Turf TV was originally a joint venture among 34 UK racetracks but now involves American tracks as well.

While not followed by the average sports fan, horseracing comprises an important part of the betting market on both sides of the Atlantic. The UK reportedly has 59 licensed racetracks, and the four-day Cheltenham Festival alone typically sees about GBP 600 million in bets annually. While racing has not grown as rapidly as other games like online sportsbetting, its popularity has remained fairly level.

American gambling laws permit states to create their own legislation with regards to racing. The activity is illegal in some states but enjoys a lot of popularity overall.