Winning Powerball Ticket Sold in NJ Worth over $429 Million 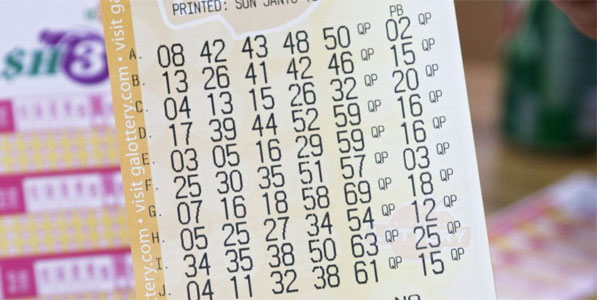 One lucky person it Trenton, New Jersey, has matched all six numbers to win the Powerball lottery. The ticket’s worth? $429 million.

The Multi State Lottery Association made US gambling news on Sunday by announcing that a winning Powerball ticket for Saturday’s drawing was sold in Trenton, New Jersey. The New Jersey ticket was the only to win all 6 numbers, giving the winner a staggering $429.6 million. The winner has yet to be publically announced. New Jersey law stipulates that the name, town, and county of lottery winners are a matter of public record.

Saturday’s winning Powerball ticket was one of the biggest in US lottery history. The grand prize had increased by more than $50 million in just a few days after no winning ticket was announced on Wednesday.

One ticket sold in San Jose, California, matched 5 of the six numbers, and is worth approximately $1.3 million. Another $25.7 million is being distributed amongst 3,011,353 additional players. The highest record for a lottery jackpot was set in January when it reached $1.6 billion.

How would you spend your winning Powerball ticket?

Major lottery winners come from all different backgrounds, and what they buy varies greatly. Many put the money from a winning Powerball ticket into investments for the future, while others blow it all on massive estates and automobiles. The Guardian compiled a list of the most common things people do when they win big.

59% of people give up work, 31% do unpaid voluntary work, and 15% start their own businesses. Property is an obvious choice for people to buy after winning the lottery, and approximately ¼ of all the money won through the lottery is used for just that. Investments, holidays, and automobiles make up the majority of the rest.

Are you interested in playing an online lotto in the US? Check out GamingZion’s list of online lottery sites and find the one that is right for you!