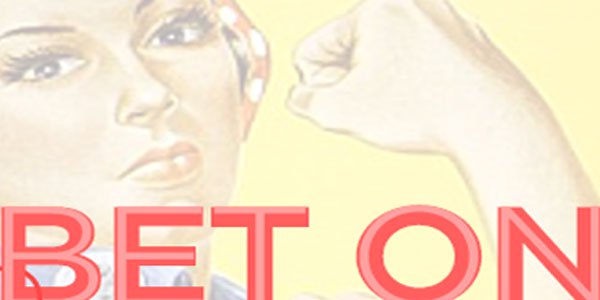 Women are gambling more than ever these days, but they still tend to avoid sports betting. Horseracing is one exception, however.

In February this website ran a series of articles analyzing the role of women in both the production and consumption sides of the gambling industry. The basic theme: gambling is no longer just for good ol’ boys anymore. Women are participating in larger numbers than ever before, with a survey by the Guardian showing that 61 percent of women in the UK participated in some form of gambling in 2012, compared to 68 percent of men (this includes lottery). Despite the increase in female interest in this formerly male-dominated industry, women tend to stick to online casinos in the UK with betting shops being primarily the dominion of men. Why? This piece will take a look.

Female betting by the numbers

It isn’t that women don’t place bets. They do, it’s just that we don’t observe the rise in female participation that we see in the online casino industry. According to the Guardian survey mentioned above, 16 percent of men reported having bet on sporting events in person or online, excluding horseracing. The figure for women was much smaller, only 3 percent. Why don’t women bet on sports?

It’s difficult to answer this question using academically air-tight arguments, but the common sense answer as that the sports betting industry makes very little effort to market to women. Journalist Emma Sinclair described her experience in a London betting shop:

I felt so out of place, which is a reasonable rare occurrence (not aided, I should think, by my four inch heels and pink dress). I can thoroughly understand why there are perceptions dating back to the 1960s that are hard for the industry to shrug off. The particular betting shop was so grim I half expected someone to light up a cigarette in a corner. It was full of men, screens littered with sports I don’t follow, notice boards talking about fishing odds I didn’t understand.

One example doesn’t tell the entire story about the betting industry in Britain, but it is a generally accepted fact that even in the 21st century betting shops are the hangouts of blue collar men. And the truth is that online sportsbooks in the UK aren’t doing much to court women either. Most of these sites rely on marketing techniques targeted towards men: black backgrounds, women in bikinis or scanty croupier outfits, numerous images of large stacks of money.

By contrast, online casinos have done will by designing their websites for female customers. This means getting rid of nearly-nude women and using softer imagery, as well as offering games which appeal more to feminine sensibilities. The old adage “one in the hand is better than two in the bush” is significant here. Sportsbooks advertise the way they do in order to keep male clientele, which they currently depend on to turn a profit. But until the advertising changes, women won’t come in large numbers.

The Grand National is an exception

British women tend to steer clear from sports betting but horseracing is something of an exception. The Guardian reported that in 2012 8 percent of women bet on horses, compared to only three percent who bet on other sporting events. Men are still likely to bet on horses (12 percent reported having done so) but the discrepancy is not as great as in other forms of gambling.

• Women are gambling more than ever, but generally stick to online casinos and bingo sites and avoid sportsbetting

• A Guardian survey found that only 3 percent of British reported placing a bet on sports in 2012, excluding horseracing, compared to 16 percent of men

• Women are more likely to bet on horses than other sporting events, and reportedly placed one-third of bets at the Grand National in 2014

Women are less averse to wagering on horses than engaging in other forms of sports betting, and nowhere is this more evident than the Grand National. The Telegraph reported that in 2014 one third of wagers on the event were placed by women. It’s the biggest betting event in the country with bets totaling GBP 150 million. Given the scope of this event, female participation can’t be ignored. What makes the Grand National so popular among women?

For one, it tends to attract casual bettors, whereas other sports are generally patronized by serious bettors, with Ladbrokes exec Ciaran O’Brien explaining that much of the bookie’s business at the Grand National comes from “once a year customers’ and those not so familiar with sports betting.” Not surprisingly, women tend to be in the former group. In addition, the culture around horseracing tends to be more inclusive to women than other forms of sports betting.

Many women in both Britain and the US enjoy the pageantry and social interaction of the race track. One can observe this at the Grand National and Cheltenham, and at the Kentucky Derby and Preakness in the US. While betting shops and British poker rooms feel like exclusive male hangouts, the race track is seen as a place where both men and women can socialize while placing a few casual bets. The old Victorian concept of “separate spheres” for men and women does not apply as strongly in horseracing as it does in the gambling industry at large.