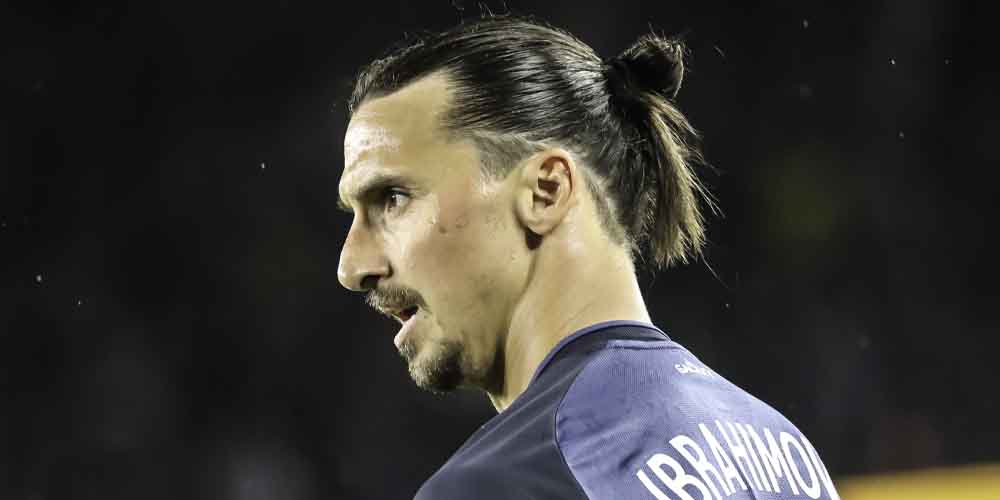 Footballers are known not just for their athletic skills and trophies, but also for their fashion-forward style. One particular player that instantly pops up into our mind is the Swedish legend Ibra. Recently Zlatan Ibrahimovic hairstyle odds became available, suggesting he might be thinking about dropping his man bun.

The Swedish striker has been carrying his man bun from Paris Saint-Germain to Manchester United, to LA Galaxy, and back to the San Siro again. For most online sportsbook news in Sweden, Ibra is considered the one who gave rise to the man bun hairstyle. He helped the hairstyle no longer being just for hipsters. Instead, it can be business casual or just plain casual, and of course, it can be athletic.

Men all over the world have taken Ibra’s photo to the barber. The hairstyle has a masculine twist of the female variation. Some men prefer to add facial hair to increase the masculine look, but Ibra has been always keeping it simple. If we go back in history, it is likely that Ibra thought of reviving the Japanese Samurai. After all, the sharp, skilled warrior of Samurai can perfectly fit with Ibra’s personality on the pitch. However, Zlatan Ibrahimovic hairstyle odds recently became available suggesting that it might be the time for Ibra to move on and drop the man bun. Here is why it is such an intriguing thing.

Why Zlatan can be so iconic?

The Swedish footballer who has conquered Europe piece by piece became so iconic to many of his teammates. His former teammate Jesse Lingard with Manchester United even said once to beIN SPORTS that Zlatan’s personality is similar to the NBA legend Michael Jordan. He added that the aura around Ibra and his winning mentality was motivating the entire team. Ibra was not only an inspiration on the pitch, but he also inspires hundreds of fans in his home country and around the world. The guy wrote two books. His first one “I am Zlatan” was the fastest-selling book in Sweden.

Another thing that makes Ibra one of the most popular footballers on earth is his provocative arrogance. He once said on missing World Cup 2014 “One thing is for sure, a World Cup without me is nothing to watch so it is not worthwhile to wait for the World Cup”. An earlier statement of Ibra about doing a trial at Arsenal: “Arsene Wenger asked me to have a trial with Arsenal when I was 17. I turned it down. Zlatan doesn’t do auditions”.

Online sportsbooks in Sweden made Zlatan Ibrahimovic hairstyle odds available recently. The value is 8 for Zlatan to change his hairstyle at 22BET Sportsbook. Whereas, it is 1.05 that he will keep his man bun at similar mid-length, locking off his face during games, and maintaining his sophisticated look.

If Zlatan decides to make a change, it will certainly be a new buzz cut. It will likely be original as he hates to copy other athletes but loves when other athletes copy him with the recent one being Christiano Ronaldo at the early of 2020. However, as for now, there is no statement by Zlatan to confirm or deny giving up on his man bun. So, who knows what is going on in his unpredictable mind.

If you are looking for more odds on special and intriguing stories about celebrities around the world, look no further and check out the review about 22BET Sportsbook.