Here is an extra offer just for you. Take part in daily Vbet Casino bonuses and get CHESHIRE CAT BONUS €444,000. Good Luck! 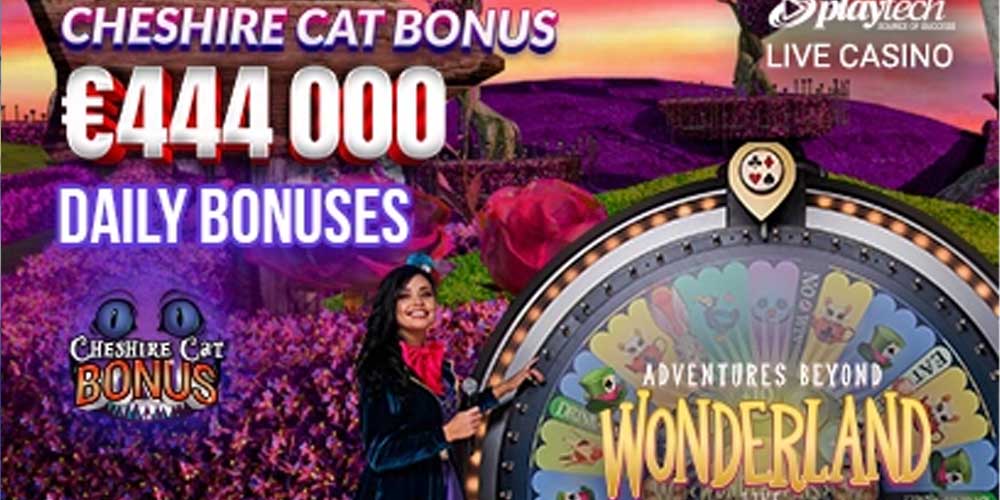 54 days… 20 hours … €8200 Bonus Winnings EVERY DAY! Adventures Beyond Wonderland wants to reveal its CHESHIRE CAT BONUS with  €444,000 fund at Vbet Casino! Interested? Starting from February 17 until April 11, there will be a daily Vbet Casino bonuses promotion for 54 days!

20 Daily Bonus Rounds will take place during the Daily Vbet Casino bonuses promotion. You will have the chance to take your share of €410 per round every day!

Here’s How it works:

Also, don’t miss your chance to check our latest review about Vbet Casino.