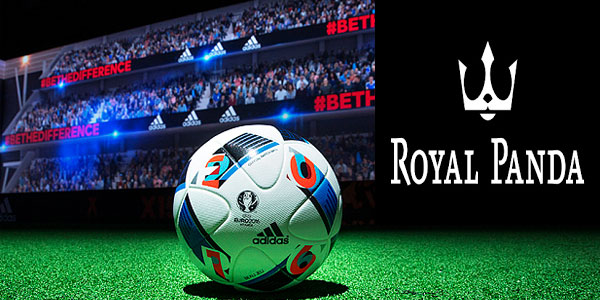 Looking for another great reason to watch the 2016 Euro? Join Royal Panda and take part in the new Euro 2016 promotion!

The famous RoyalPanda casino is making gambling news by giving players an exciting new reason to watch the Euro 2016. For every goal scored in the European Championship, players can win a free spin on Football: Champions Cup online slot game! Just make a deposit on game day, and you are eligible to win! The Euro 2016 promotion will run from June 10th to July 11th.

Want another great reason to join Royal Panda? The brand new Batman internet slot is launching this week, and players that have deposited money in the past 3 months are eligible to win free spins! Play for $100 on any game before June 9th, and you can win 45 free spins!