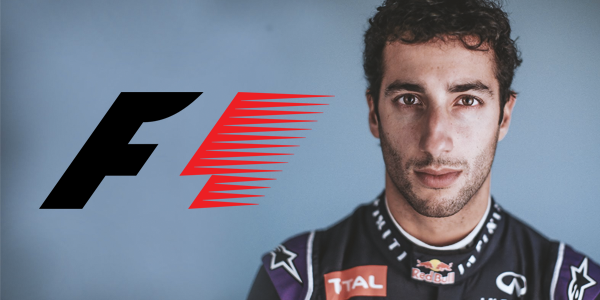 If you like to bet on sports in the UK and a myriad of other countries all at once there’s little to rival Formula One and if you check out the 2018 F1 World Championship odds on offer already you’ll quickly notice that there’s a shift back towards competitive racing where once Mercedes dominated. We might still have the Abu Dhabi Grand Prix to watch but now all eyes are turning to next year and just how close it’s going to be.

The 2018 F1 World Championship odds demonstrate it won’t be written off as 2017 was. The 2016 inter-Mercedes squabble between Hamilton and Rosberg had left everyone else out in the cold and there was no reason to believe that wouldn’t happen again despite Nico retiring and being replaced by Bottas. Everything seemed to be following the script as Lewis grabbed pole for the first race of the season in Australia, but then Ferrari’s Sebastian Vettel romped home to victory and all bets were off.

The back and forth twixt Lewis Hamilton and Vettel in the first few races was to become a hallmark of the season which proved, if nothing else, that the era of automatic Mercedes victories were over, and the top two teams couldn’t even dominate the podium as they had the year before. Indeed the 2018 F1 World Championship odds reflect the fact that Daniel Ricciardo proved Red Bull aren’t far off the pace and could well be worth backing if you’re apt to take advantage of UK gambling laws next season.

Hamilton Destined To Do It Again Next Year?

The novelty of an actually competitive racing season aside the highlight of the year was almost certainly the madness that was the Azerbaijan Grand Prix. In a race that proved whatever the 2018 F1 World Championship odds say the top tier of motor racing has swung from dull predictability right across the spectrum into a pantomime of insanity and anything could happen. Between the crashes, restarts, safety cars and Vettel losing his mind it was a humdinger and produced Red Bull’s only win.

Ricciardo’s chuckling on the slow down lap said it all, and was in stark contrast to his team mate poor Max Verstappen who had the sort of season drivers have nightmares about. Mechanical failures and the suspect driving of others giving him seven retirements across the season and whilst he got wins in Malaysia and Mexico it was far too little too late, something that might as easily apply to Kimi Raikkonen, and he too doesn’t fare awfully well in the 2018 F1 World Championship odds on offer.

Find All The 2018 F1 World Championship Odds At BetVictor

Kimi gets 33/1 in the 2018 F1 World Championship odds which even he’d admit is fair enough given his 2017 season, and if Fernando Alonso and Valtteri Bottas share 14/1 odds that says much about the pair of them, if only in opposite directions. Over at Red Bull Ricciardo gets 13/2 to be champ next year, which is awfully good and despite his nightmare 2017 Max Verstappen gets 4/1 underlining what a threat he is. Although whether Vettel and Hamilton are worried about anyone else is debatable.

Vettel will look on his 10/3 that bookies like BetVictor are doling out to be pretty much on the nose, and if Hamilton is ahead on 11/8 there’s not going to be anyone in the UK gambling news next November will be of his fifth title with any degree of certainty. Everyone goes off the boil sometime and those 2018 F1 World Championship odds being so close are the best evidence yet that Mercedes years of running roughshod over the rest of the pack are done, and 2018 will be a great F1 season.