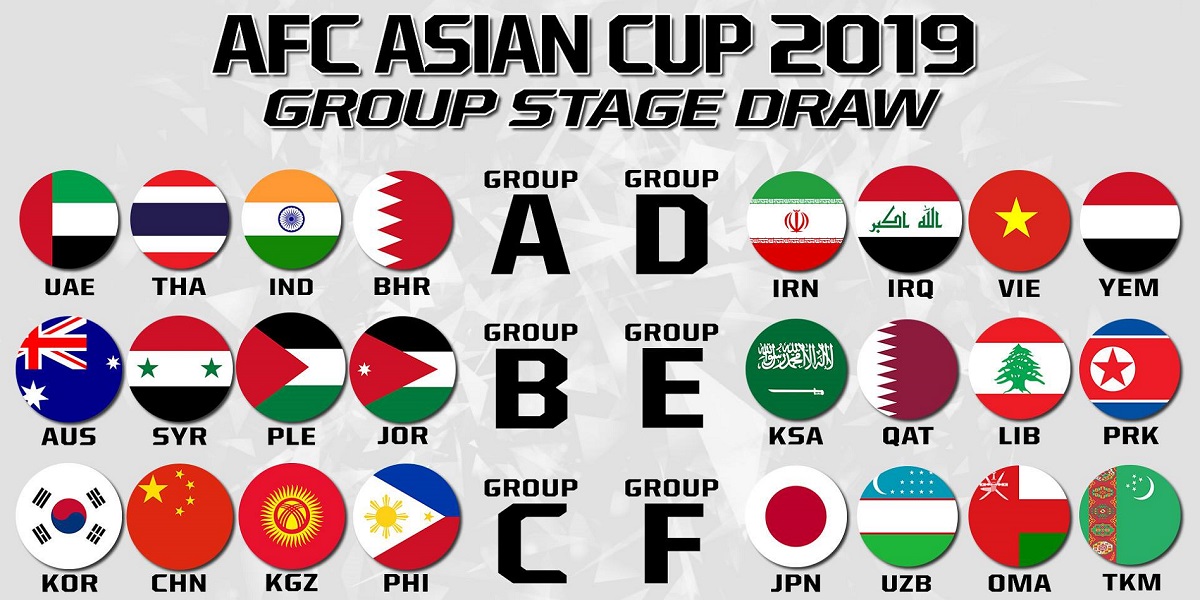 Qatar are the Champions of Asia!

Despite all 2019 AFC Asian Cup predictions and betting tips who favored Japan in the final, the 2022 World Cup hosts once again played an outstanding match in the tournament. Qatar beat Japan by 1-3. in the final and became Asian Cup winners for the first time in history.
[suggested_topics title=’Win money on World Cup betting tips as well’ topics=’140417′]

After confidently marching till the semi-finals, Japan take their football to the next level. At this point, Iran were the biggest favourites by online sportsbook sites. However, Japan proved their superiority and beat Iran easily by 3-0. they are in the final and no one seems to be able to stop them. Qatar, however, will get to try in the final as they humiliated the Asian Cup hosts with a cruel 4-0 finish in the Semi-Finals. Bet on Japan vs Qatar AFC Asian Cup final!

The first two matches of 2019 AsianCup Quarter-Finals were due yesterday. Japan were strong favourites against Vietnam according to all 2019 AFC Asian Cup betting predictions. However, it ended up as a pretty exciting battle. Japanese striker Ritsu Doan scored the only goal of the game from a penalty, that’s what put Japan in the Semi-Finals.

On the other hand, it was Iran facing China. All online sportsbook sites in China were aware that Iran are the #1 candidates. Even having gone that far was a success for China. Iran proved their point of being the biggest favourites to win the tournament. They trashed China by 3-0. Pre-tournament predictions ranked these two teams as the strongest Asian teams and now they face each other in hopes of reaching the final. It might as well be the pre-final, according to Asian Cup2019 betting odds…

We might cexpect the other Quarter-Finals surprise results. All 2019 AFC Asian Cup betting predictions expected South Korea to eliminate Qatar. However, the upcoming World Cup hosts managed to secure a 1-0 victory over one of the top title favourites and hence reached the semi-finals. They will be hosted by home-nation United Arab Emirates, who knocked title-holder Australia out in the QFs. They also seized a 1-0 victory. Betting sites now expect Qatar to reach the final…

2019 starts with a new football tournament: the AFC Asian Cup 2019 kicked off as of 5 January. The event is held in the United Arab Emirates. The final will be played on the first of February. Online sports betting in United Arab Emirates already have their very own Asian Cup betting predictions.

Is there any team who could upset the odds, or should we give the title to Japan already? Let us present you seven teams that are worth wagering on, when it comes to placing a bet on AFC Asian Cup 2019 winner!

Japan have qualified for the Semi-Finals upon beating Saudi Arabia in the Round of 16 and Vietnam in the Quarter-Final. Iran was their upcoming opponent and they showed why 2019 AFC Asian Cup predictions favored them from the first moment: Japan beat Iran by3-0 after a goalless first half. Japan are in the final.

Iran played against Oman in the Round of 16 and won 2-0. Their next opponent was China, whom they trashed by 3-0. In the Semi-Finals, they faced and were trashed by Japan. Iran said goodbye to 2019 AFC Asian Cup with a 3-0 loss in the Semi-Final. Iran could not stop Japan.

Australia have reached the Quarter-Finals as well. They played a goalless draw against Uzbekistan but went on through a penalty shootout. However, this one the end of the march for them. Australia played against the United Arab Emirates and were knocked out with a 1-0 loss.

The United Arab Emirates beat title-holder Australia in the Quarter-Finals by 1-0. They also won 3-2 against Kyrgyzstan in the Round of 16, as expected by 2019 AFC Asian Cup betting predictions. Thee Asian Cup hosts encountered the World Cup hosts, in hopes of arriving at the final. However, they were powerless against Qatar…

Qatar will host FIFA World Cup 2022. However, as of today, Qatar is not on the map of the football world. They are investing huge amounts of money into their football projects in hopes of actually becoming a leading Asian football nation. For that, AFC Asian Cup 2019 could be the first stepping stone. Their odds are 17.00. Is it worth it?

Qatar won against Iraq 1-0 in the Round of 16. In hopes of reaching the Semi-Finals, they were looking forward to the encounter against South Korea in the QFs… While online sportsbook sites in South Korea were sure their team was going to qualify, the future World Cup hosts seized a 1-0 victory and hence reached the SFs, where they met the United Arab Emirates, whom they trashed by 4-0.

You can’t bet on North Korea to win AFC Asian Cup 2019 as Kim Jong-un’s personal footballers were eliminated in the group stage.

Philippines lost 3 out of 3 matches, so obviously they didn’t make it through the group stages either. You don’t want to and you cannot bet on them any longer.