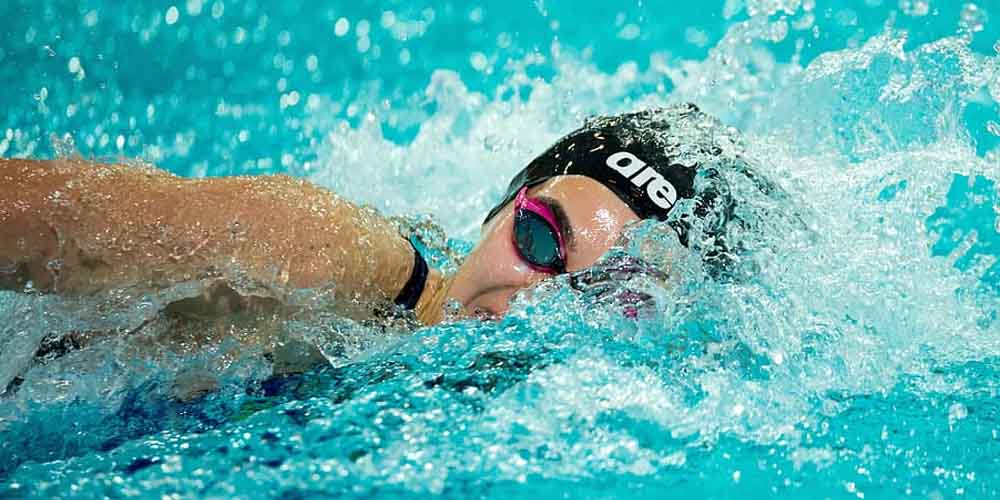 It’s only one day until the start of the 2020 Olympics where swimming will be one of the largest and most popular sports. The best women swimmers will fight for the gold medal, including US star Katie Ledecky who won five gold in Rio. She is the top favorite in several events but there are lots of other great athletes to pay attention to. Let’s see all the favorites in our 2020 Olympics women’s swimming preview.

Claim 22BET's 100% match bonus up to €122. 18+. New customers only. Valid for 7 days. Wagering requirement is 5x in accumulator bets. Minimum deposit €1. General T&C apply.
Claim Bonus22BET Sportsbook review
17 women’s swimming events will be held in the Tokyo Olympics in the first week of the Games. While the 10km women’s marathon is on the 4th of August. We can see the best swimmers of the world competing at the Olympic Aquatics Centre. Including top US, Australian and European athletes. In Rio the American women swimmers won 7 gold beside 4 silver and 4 bronze medals. Katie Ledecky contributed massively to this result with her 3 individual and 2 relay gold medals. But the Hungarian Ironlady, Katinka Hosszu also gave a remarkable performance after winning the 100m backstroke, the 200m and 400m medley. Both of them will compete again in Tokyo, let’s see their chances for other medals now.

Katie Ledecky won the 200m, 400m and 800m freestyle in the 2016 Olympics. And she is favored to win the 800m again. Online sportsbooks in Japan offer odds of 1.31 for her victory in this event. The 24-year-old swimmer is the top favorite in the 1500m freestyle as well which makes its debut in the Olympic program. But in the shorter distances Australian Ariarme Titmus can beat her. The young talent swam a fantastic time in the 200m freestyle last month, only a tenth off the world record. She also has the smallest odds to win in the 400m freestyle ahead of Ledecky and the rest of the field.

In the 100m freestyle another Australian swimmer, Emma McKeon can get the gold but her compatriot, Cate Campbell is another big favorite. While the Swedish world record holder, Sarah Sjostrom only has the odds of 15.00 to get the gold in the 2020 Olympics women’s swimming preview. Sjostrom is the defending champion in the 100m butterfly but she is not the top favorite in this event either. American Torri Huske, Chinese Zhang Yufei and Canadian Maggie MacNeil have smaller odds to win the race just like McKeon. In the 200m butterfly the Chinese swimmer has the smallest odds, 2.26 to get the gold. But American Hali Flickinger has similar times to her and the odds of 3.00 to win the event.

Favorites in other individual events and in the relays

One of the biggest favorites to win the gold is American Lily King. She is predicted to win the 100m breaststroke as a defending Olympic and two-time world champion. Her compatriot, Lydia Jacoby can be her biggest rival. We might see a tighter race in the 200m where South African Tatjana Schoenmaker has the best time this year. But British Molly Renshaw and American Annie Lazor can be fast as well. Similar race is likely in the 100m backstroke where Australian Kaylee McKeown broke the world record in the national trials. No wonder she is favored to win the event with the odds of 1.82. But two-time world champion Canadian Kylie Masse and European champion Kathleen Dawson can fight for the gold too. McKeown has even better chances in the 200m where she swam the third fastest time of all time.

Katinka Hosszu won both the 200m and the 400m medley in Rio. But she doesn’t seem to be in the same form this time. She is still the top favorite to win the 400m with the odds of 1.87. But in the shorter distance McKeown can be a big rival after she recorded the best time this year. Japanese Yui Ohashi, who got the silver in the 2017 World Championships is also mentioned by online gambling sites in Japan. Along with US swimmer Alex Walsh, the winner of the US trials. Australia won the 4x100m freestyle relay in Rio and are huge favorites to defend their titles. They can also win the longer event, the 4x200m freestyle relay, but the US team can be a huge rival here. While in the 4x100m medley relay the Americans are the favorites ahead of Australia.