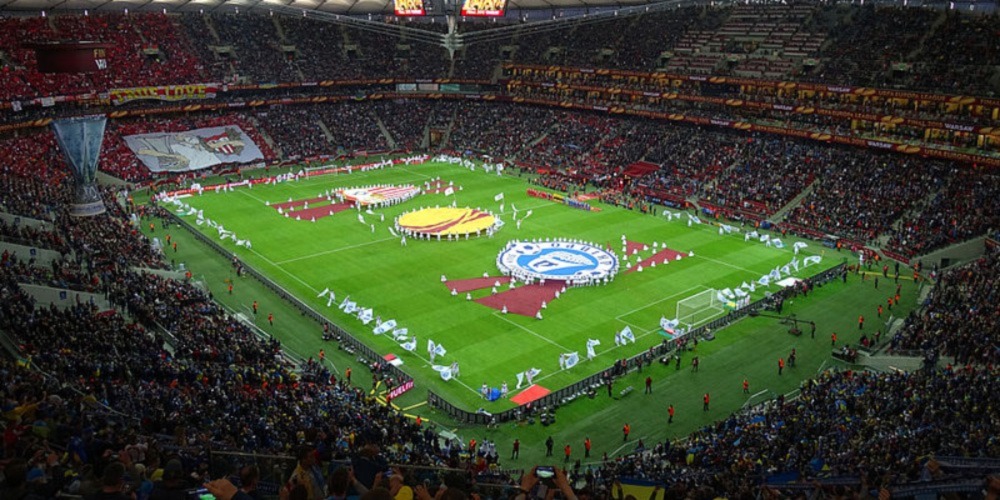 In the first legs of the round of 16 in this season’s Europa League, only Rangers managed to win their game with a significant difference. The other six pairs are more balanced with all teams having similar chances to advance. The 2021/22 Europa League round of 16 predictions expect Barcelona to go through against Galatasaray in spite of only drawing at home. But it doesn’t promise to be an easy game in front of the fanatic Galata fans in Istanbul.

There wasn’t any huge surprise in the first legs of the Europa League round of 16, though some results might have been different from what fans had expected. Like Barcelona’s 0-0 draw against Galatasaray at Nou Camp, or Porto’s 0-1 defeat from Lyon at home. All these results can still be overturned even though the home teams will have a big advantage in the second leg. Only the qualification of Rangers seems certain after a confident, 3-0 win over Red Star Belgrade at  Ibrox Stadium. Besides RB Leipzig who advanced to the quarter-finals without playing following the suspension of Spartak Moscow. But the results of the other six matches left the qualification still open, and to be decided only on the second legs next Thursday.

FC Barcelona are the biggest favorite to win the 2021/22 Europa League. With online sportsbooks in Spain offering the odds of 3.50 for their victory. First, though the Catalans need to get through against Galatasaray who will host them in Istanbul next Thursday. The Turkish team defended well in the first match at the Nou Camp and could return home with a 0-0 draw. Galatasaray are only in 12th place in the domestic league but they won their Europa League group ahead of Lazio, Marseille, and Lokomotiv Moscow.  Strangely the team is led by former Barcelona coach Domenec Torrent who took over the manager position from Fatih Terim. To win against Barcelona will still be a huge task and has the odds of 6.50.

Europa League specialist Sevilla are another top club who can go all the way to the final which will be hosted in their own city. Julien Lopetegui’s team won their first match 1-0 against West Ham United. They are favored to qualify for the quarter-finals in the  2021/22 Europa League round of 16 predictions with the odds of 1.44. But the Premier League side has a good chance of progressing too after losing only by a goal in Seville. David Moyes’ team is in great form all season and stands in sixth place in the PL. West Ham also won their group with four wins, one draw, and one loss. But their inexperience in the tournament might be a disadvantage now. Especially against the record-holding six-time winner Spanish club.

Favorites of The Other Ties

The third Spanish team, Real Betis are in a more difficult situation after losing 1-2 at home against Eintracht Frankfurt. It’s not surprising that even online gambling sites in Spain favor the German team to qualify with the odds of 1.22. While Manuel Pellegrini’s team has the odds of 4.00 to achieve this result. In spite of having a strong season at home and standing in fifth place in La Liga. Lyon are also the favorite of their tie with Porto following their 1-0 away win. The French team is only 9th in Ligue 1 but they won their group confidently. While Porto are leading the Primeira Liga but were knocked out from the Champions League. Their odds to reach the quarter-finals are also 4.00 on bet365.

In the other Portuguese-French pair Braga got a 2-0 win at home. So they can be more optimistic ahead of the second leg against Monaco. Carlos Carvalho’s men only survived the knockout round against Sheriff Tiraspol by winning the penalty shoot-out. Now they have the smaller odds, 1.36 to qualify for the next round. The most exciting game last night was played between Atalanta and Bayer Leverkusen. Where the Italian team managed to win eventually 3-2. But the job of Gian Piero Gasperini’s team is not done yet. And they will need another good performance at the BayArena next week. Leverkusen are currently in third place in the Bundesliga and finished on top of their Europa League group. They are likely to get the win at home too but it might not be enough to qualify. With bookmakers favoring Atalanta to do so.