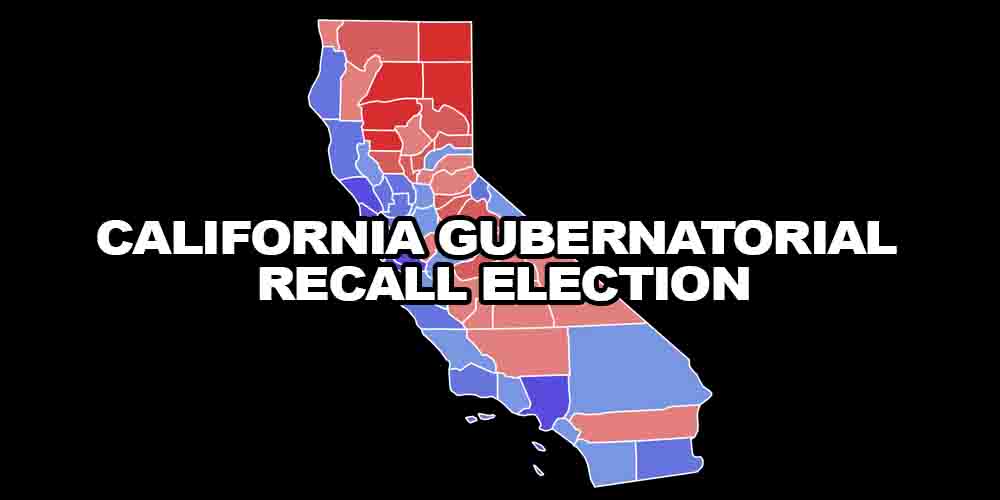 Regardless of which country you are from, politics of the world affects our country’s political choices and preferences. Are you keen on what happens to one of the world’s giant countries, America? If yes, 2021 Californian gubernatorial recall election odds are a great topic for getting familiar with American election system and guess what can happen in this region. Let’s dive into American political system and the power of the democracy.

As seen, Americans used the recall election which is the main sign of democracy. Now we are going to talk about the next California gubernatorial recall election. Thus, the purpose of the election is to vote whether to recall Governor Gavin Newsom, expected to be held sometime in 2021, in November.

According to the NBC news, in California’s history this will be at least the 54th attempt to remove an elected governor from office and one of six efforts to remove Newsom. Actually, since 1960 every California governor has faced recall election attempts. The last such attempt was in 2003 and as a result Arnold Schwarzenegger replaced Gray Davis.

The American politician and businessman, Gavin Christopher Newsom is the current 40th governor of California since January 2019.  Taking consider the gubernatorial election happens in four years what is happening now? What Californians want? Why they want to early election? So, according to Ballot Pedia, organizers turned in more than 2.1 million signatures by the March 17 filing deadline. Why do Californians want to replace him? So, the supporters of the recall election state that Newsom can’t handle the state’s response to the current situation, did not do enough to address the state’s homelessness rate, and supported sanctuary city policies and water rationing. If we take it in more detailed, according to ABC7, the petitioners’ main grievances were:

As seen the birthday party at the Michelin-starred restaurant French Laundry in November 2020 was the last drop of that spilled the cup. This made the situation more complicated and increased grievances from Gavin Christopher Newsom. So, he is the border of recall election. This is America, this is democracy. What do you think they can collect enough signatures till the given time?

So, now let’s look at the list of the candidates. It is very easy; you don’t need to surf the internet for this and waste the time. You can just visit  1xBET Sportsbook and get familiar with all candidates and odds for each of them.  Let’s start with American lawyer and politician, Antonio Villaraigosa. Who is he? Let’s look at his career paths. If you follow the American policy, you know that Antonio Ramón was 41st Mayor of Los Angeles between 2005-2013.

As a mayor he earned national attention for his work. His main contribution was in the following areas: improving student outcomes in the Los Angeles Unified School District, reducing city and highway traffic, and enhancing public safety. So, that is why he was featured in the country’s 25 most influential Latinos in Time’s story. Another important fact about the former mayor or the next gubernator was the first Hispanic in over 130 years to have served as Mayor of Los Angeles. Do you think he is a great candidate who can replace Gavin Christopher Newsom? If yes, why not to support Antonio Villaraigosa in 2021 Californian gubernatorial recall election odds?

Who could be another candidate ? Caitlyn Jenner, the American media personality, socialite, political candidate and retired Olympic gold medal-winning decathlete. According to the BBC, she will run as a Republican in the Democratic stronghold state. In her Twitter account she stated that “Californians want better and deserve better from the governor”. Also, she promised to provide a roadmap back to prosperity to turn this state around. What is your opinion about this recall election and her candidacy? Could she be successful?

What about Daniel Mercuri? He also is an active politician who participated in special elections to the U.S. House to represent California’s 25th Congressional District. Actually, the election didn’t end successfully for him. Does he have a chance for this election? You can check current odds and check on 2021 Californian gubernatorial recall election odds.

Have you heard of the other candidate, John Herman Cox? He began his career as a Democrat and later became a Republican perennial candidate. Here is the interesting fact about his candidacy. In 2018, he lost to Democrat Gavin Newsom in the state’s biggest gubernatorial landslide since 1950. Maybe this time he can win? Who knows?

Actually, there are other candidates such as Kevin Faulconer, Errol Webber, Major Williams and Doug Ose. You can realize your betting by visiting online sportsbook sites in the US which can provide you with the best betting sites. Why not use political curiosity for betting on 2021 Californian gubernatorial recall election odds and get benefit.