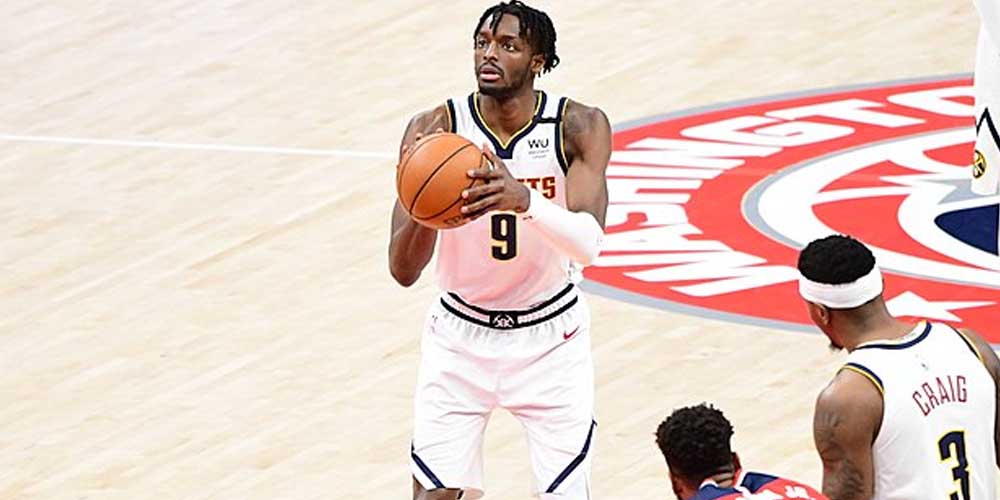 Pistons’ Jerami Grant has been garnering a lot of attention and praise for his unexpected scoring numbers. Thus, he became the big favorite at the 2021 Most Improved Player odds. But, there are several other names including Christian Wood, Julius Randle, Chris Boucher, and Jaylen Brown who are also legitimate candidates.

With the NBA regular season heating up, most award races are still wide open. On top, of course, are the several favorites leading the NBA 2021 winner odds. For the Most Improved Player of the Year award, it is no different. Online sportsbook news sites in the United States reported that yes probably Grant is the closest contender to win.

However, he has several top-ranked challengers who can turn things around in the coming weeks and take over the 2021 Most Improved Player odds. It is hard to pick only one name, despite that there will be only one winner. However, it is most likely that one of the following five players will receive the award.

Grant is flourishing from stopper to go-to scorer

To start with the big favorite Detroit Pistons’ Jerami Grant has been fantastic this season, and likely deserves the admiration. This is his seventh season in the NBA, but he is still improving. Previously he has been a good stopper but he transitioned this season to become the go-to scorer. As for now, Grant has been scoring more than 20 points per game, while in previous seasons he averaged 9 points. Should he keep up the great numbers he will likely win with -250 value at 2021 Most Improved Player odds, as per 32Red Sportsbook.

Rockets’ Wood is a strong candidate for MIP

The closest challenger to Grant and the strong candidate to win is Houston Rockets’ Christian Wood. With James Harden gone, Wood took the opportunity to shine and become one of the league’s premier big men. His journey is really inspiring. In the last few years, several teams gave up on him. But Houston gave him the chance and here he is a great performing player. The only issue Wood has is his suffering from an injury. It might hurt his numbers, but still, he is among the favorites with +600 odds.

Randle is the main force for the Knicks

The New York Knicks have a great value at the 2021 NBA Atlantic division odds. That is thanks to Julius Randle who is considered the main force in the team. His numbers are up across the board in a big way, and that cannot be ignored. Randle is averaging 22.4 points, 11.4 rebounds, and 6.3 assists. His 2021 Most Improved Player odds are +500 at online sportsbooks in the United States.

Boucher is among the shining stars in the NBA

Only two years ago Chris Boucher was the G League’s MVP and Defensive Player of the Year. Now he is among the shining stars in the NBA, getting significant minutes with the Raptors. Besides, Boucher is averaging 15.5 points per game. That is simply nine more than the last season. So, no doubt that he will remain the legitimate candidate throughout the season with a +3300 value.

The last contender for the Most Improved Player of the Year award is the Boston Celtics Jaylen Brown. He has been enjoying a strong season so far. His numbers are also great, averaging 25.8 points per game, which is better than the last season. So, you may place your trust in Brown with +1000 odds.

If you wish to have a look at the complete list of contenders for the 2021 Most Improved Player, you can check out the review about 32Red Sportsbook.