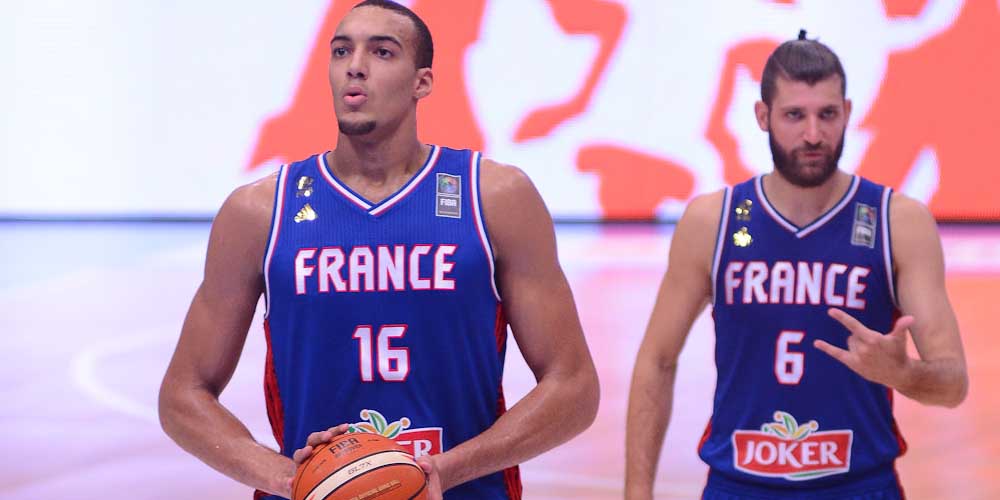 With the regular season entering its third month the competition has intensified at the 2021 NBA DPOY odds. Five defenders have a great chance to win the 2021 Kia Defensive Player of the Year (DPOY) award. They are Rudy Gobert, Myles Turner, Ben Simmon, Giannis Antetokounmpo, and Joel Embiid.

Online sportsbook news sites in the United States have been increasingly discussing the names that are making an enormous impact on the defensive end in the NBA. The player that proves to be the best in blocking shots, snagging rebounds, and steals will win the DPOY award at the end of the season.

So far five defenders seem to be in the mix of the very tough competition. On top of the shortlist is Utah’s Rudy Gobert who is highly hopeful for a third award win. But, he faces a tough challenge by two great defenders of the East-leading Sixers, Simmon and Embiid. In addition, Turner and Antetokounmpo are among the favorites at 2021 NBA DPOY odds.

Utah Jazz the leaders of the Western Conference have been very solid defensively. That is highly due to Rudy Gobert’s services. He has been central to the team and made some very impressive performances this season. This is no surprise as Gobert has been one of the best rim protectors in the last decade.

Gobert narrowly missed out on the award last season, but he won it in back-to-back seasons of 2018 and 2019. As for now, at 2021 NBA DPOY odds, Gobert is the big favorite to win his third DPOY award with -200 value, as per 32Red Sportsbook.

Turner is leading the NBA in blocked shots

The big man of Indiana Pacers is another favorite at online sportsbooks in the United States with +250 value. He leads the NBA in blocked shots with 3.5 per game. The highest level he reached was notching two games with eight blocks this season. What is more, he had five or more blocked shots in seven games. Should he keep up with such great stats, he may win.

The Philadelphia 76ers defender is firmly holding into the top favorites list with +600 value. It is no surprise as he has the best rate of deflections with 3.9 and loose balls recovered at 1.5 per game. What is more, we saw him proving over and over that he can guard basically anyone in the league.

Antetokounmpo hopeful to win for the second straight season

Giannis Antetokounmpo of Milwaukee Bucks won the award last season along with his MVP honors. His level remains high compared to the last season. Thus it is hard to count him out of the top favorites’ list. Antetokounmpo stands at +1400 to win for the second straight season. However, his team dropped in its overall level and that might hurt his chances.

Embiid is in the DPOY and MVP conversation

The other top 76ers player is Joel Embiid playing at an MVP level on offense and defense. This season, all numbers show him reaching a career-high, especially in steals per game. He is also improving offensively which puts him firmly in the MVP conversation. Thus he may win over his teammate Simmons with +1400 odds.

As an NBA fan, you can keep up with the best odds of the league by checking out the review about 32Red Sportsbook.