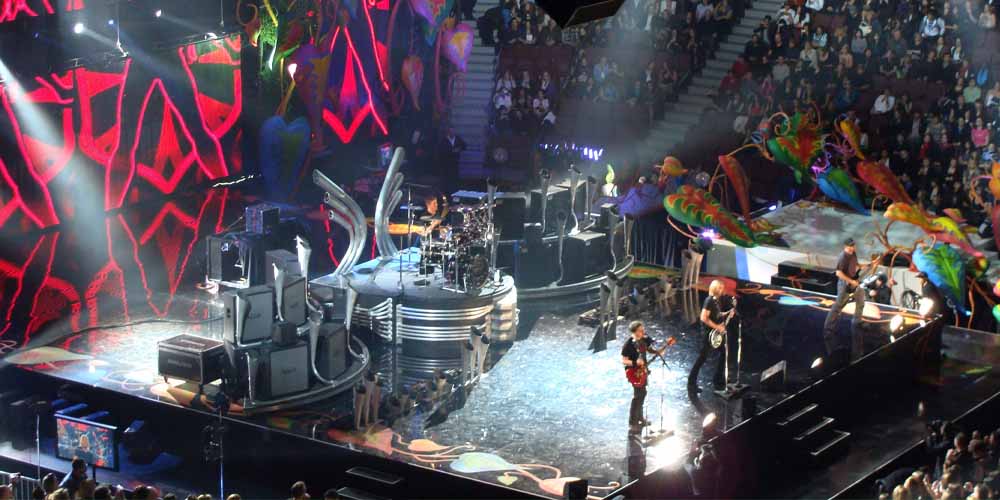 The 2022 Juno Awards betting odds are all favoring Justin Bieber as one of the best Canadian music performers of this year. However, many new faces might take the award from Justin. His single is going to win the Single of the Year award. Therefore, there are two more awards in question that might be taken by other people. Are Justice and Peaches enough for Justin Bieber to take all of the awards? Pretty much doubtful.

The 2022 Juno Awards betting odds are available for bettors to wager on at the online sportsbook sites in the US. Therefore, the results of the best Canadian musician will be released soon. This year is special for Justin Bieber because he is one of the most likely winners in every single category. Is he going to take all the awards home? Could Shawn Mendes and The Weeknd compete with Justin’s new release? 2022 was a calm year in the Canadian music industry because none of the performers have made it to the bigger awards. However, if you are a bettor, this should only encourage you to place a bet on the easy wagers. Because you might get some easy cash if you put your wager on Bieber.

If you don’t know what the 2022 Juno Awards betting odds artists are, then this article is for you. Because we are going to explain everything you need to know about the Award ceremony and the featured artists. According to the Juno Awards, the event is hosted by CARAS, a non-profit organization. Therefore, the CARAS is an art academy circle and its goal is to higher the standards within the music industry. They have awarded people such as Drake, Justin Bieber, Avril Lavinge, and much more. The Academy has collected the best performing music artists and their songs and albums this year. Therefore, the featured artists are the ones that may have a chance to receive the award.

Everyone knows who Justin Bieber is because he grew himself from a child star into a teenage rebel, and now a Canadian music idol. He was one of the picks at the 2021 Ama Favorite Pop Artist award along with Taylor Swift. Therefore, this year Justin Bieber has a chance to win in every single category he is featured in. This means that he might win every single award featured on the 2022 Juno Awards betting odds. However, we shouldn’t underestimate other great artists such as the WeekenD who also compete for the award. Because if Justin Bieber wins all of these awards, then 2022 will be an iconic year in his career. However, most artists featured in the competition are radio artists this year. Therefore there are other potential winners. According to Billboard, one of the leading artists on the list is Charlotte Cardin.

The first among the 2022 Juno Awards betting odds is the Album of The Year award. Neither of the featured artists has made it into the Grammy 2022 Album Of The Year Odds. However, Justin Bieber did get nominated for a Grammy award. Therefore he is starting with an advantage compared to other artists who haven’t received any other awards this year. Justin’s album has been one of the better options out of the other artists this year. It features songs such as his top hit record, Peaches. Furthermore, the album has a 92% positive rating on Google. Other artists feel underwhelming compared to Justin Bieber. However, they have a chance to win, namely Charlotte Cardin and Shawn Mendes. Because they have their unique feats. Charlotte featured a better musical technique on her album, while Shawn Mendes’s simple album intro is a musical piece on its own.

Artist Of The Year

The Artist of the Year is the easiest betting line among the 2022 Juno Awards betting odds. Because there are two possible winners this year. One is Justin Bieber with his recent album themes and his positive feedback. However, the other is probably Charlotte Cardin, a relatively new artist who has a great technique. However, there are artists you shouldn’t bet on this year. One is The Weeknd who is a great artist but hasn’t been performing any differently from any other years in his career. JP Saxe is not going to win any awards but is deserving of the nomination. This leaves Charlotte Cardin, Shawn Mendes, and Justin Bieber to be the possible winners. Shawn Mendes had a much more refined performance than Justin Bieber, however, Justin Bieber had a much better media presence.

Artist Of The Year:

The Single of The Year award is one of the easiest decisions on the 2022 Juno Awards betting odds. Hands down you should put your money on Justin Bieber. Other artists were not performing any better this year, while Justin Bieber released “Peaches”. Because this single was a total hit, featuring artists that are perfectly complementing Justin Bieber’s style. The other singles featured in this category are great pieces. However, they are far from being revolutionary or near award-winning in quality. Charlotte Cardin’s meaningless just feels like a weaker Billie Eilish song, and Jessia’s “I’m Not Pretty” has value mostly due to the message. On the other hand, Brett Kissel is a country artist with no innovation in the genre. Therefore, the only person that could win the award from Justin is The Weeknd, whose release is a perfect movie soundtrack and is a great piece of art.

Single of the year:

One of our top predictions regarding the 2022 Juno Awards betting odds is that Justin Bieber is not going to take all three awards. Because there are many more categories to choose from, however, you can not bet on them. Justin is going to win three awards, but not from the featured categories. He is going to receive the Artist of the Year award and the Single of the Year. However, his album is far from receiving the album of the year award. Therefore, The Weeknd is not going to win any featured categories, because he will probably win the Best Hip Hop Album Award. Furthermore, Jessia is too new to win the best album award, and the best album award is down between Shawn Mendes and Charlotte Cardin.

Where To Bet On The Juno Awards

According to the Global News, the 2023 Juno Awards is going to be featured in Edmonton. Because with the announcement of the return of its original home, you should celebrate by wagering on the 2022 Juno Awards betting odds. Therefore, the best place to visit is Bovada Sportsbook. Because the odds featured in this article were their courtesy. Furthermore, if you are new to Bovada and you are a stranger to online sportsbook betting, we got a guide for you. We will explain How To Play Bovada Games easily. Therefore, you will learn how to register, pay, claim bonuses and participate in promotions. Because if you got all of these, then you may proceed to the payout.