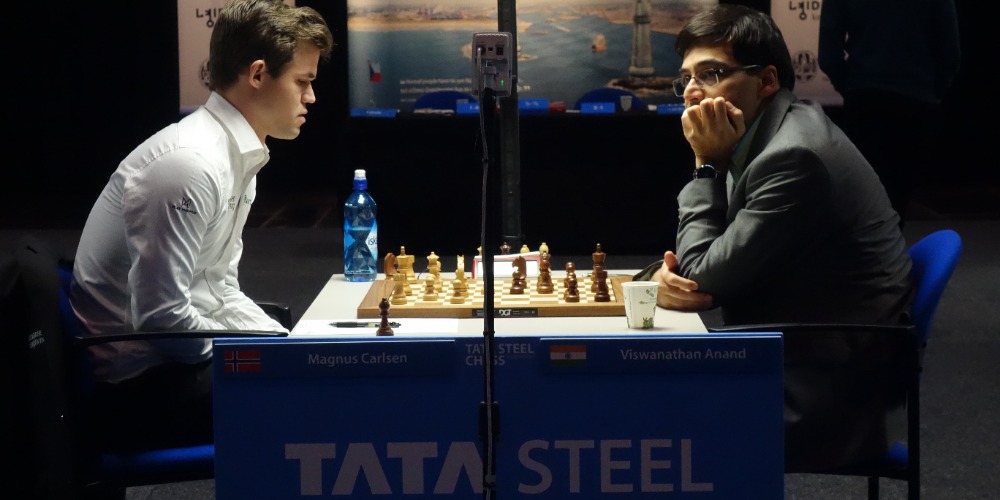 The 2022 Tata Steel chess odds are now available with the tournament set to kick off on January 14th. The masters’ section of the competition includes some of the best players around the world. World champion Magnus Carlsen tops this list as the favorite to win the title. However, this will not be an easy task as other top grandmasters will be looking to put on a show. Additionally, we have witnessed underdogs putting on incredible performances to win the title in previous years. All in all, this will be one of the most exciting events of the year, so who are you predicting to top the standings?

One of the most prestigious chess tournaments apart from the world championship is certainly the Tata Steel title. The competition usually occurs during January of every year and includes the best talents in the world. In fact, the format of the Tata Steel Chess tournaments divides players into two categories. The first category is the masters which involves the top players of the world. On the other hand, the group is called the challengers which is a sub-competition for the best up-and-coming young talents. In this article, we will focus on the 2022 Tata Steel Chess Odds for the master’s section. Last year’s tournament featured a historic achievement for Jordan van Foreest who became the first-ever Dutch to win the title. Therefore, do not be surprised if one of the underdogs rises to the occasion to claim the title.

Will Carlsen Extend His Record?

There is no doubt Magnus Carlsen is one of the greatest chess players of all time. He is the only player in the history of the sport to simultaneously hold the world championship titles in all-time formats. In fact, people within the chess community refer to him as Mozart of chess. As a result, the 31-year-old is always the favorite to win in any tournament he participates in.

This includes the Tata Steel Chess tournament as the world champion holds the record for the most number of tournament victories at 7. Therefore, Carlsen will be looking to extend his record to an 8th title and start the new year in good form. Keeping that in mind, bookies and online sportsbook sites in the United States have him open as the favorite in their 2022 Tata Steel chess odds. At 22BET Sportsbook, Carlsen’s odds to win the title stand at 1.55.

One of Carlsen’s arch-nemeses in classical chess is former world championship challenger Fabiano Caruana. Even after a series of bad performances in 2021, the American currently stands 4th in Fide’s classical rankings with 2792 rating points. With incredible innovative preparation and his ability to deeply calculate in complex positions, Caruana is one of the best players in classical format. Therefore, he will be looking to start the new year with a title and hoping to carry the momentum till the end of the year. In fact, Caruana pulled on the most amazing feats in 2020 after winning the Tata Steel Tournament with one round to spare and two points ahead of Carlsen. Taking that into account, it would not be a surprise if he tops the 2022 standings as well. As a result, 2022 Tata Steel chess odds at 22BET Sportsbook put him as the second favorite at 5.05.

Another chess master that will be participating in the 2022 Tata Steel chess tournament is Anish Giri. Apart from his playful personality, Giri is one of the most solid chess players of this era. Although the Dutch is criticized for getting into too many draws, it is extremely difficult to outplay and defeat him.

Therefore, he will be a challenging obstacle to overcome in this tournament. When in good form, the 27-year-old is always up there competing for titles. For instance, Giri finished second in the 2021 Tata Steel competition after losing the play-offs to Jorden van Foreest. Therefore, he will be hoping to redeem this hear-breaking loss in the upcoming tournament. With that in mind, 22BET Sportsbook has Giri open as the 3rd favorite in their 2022 Tata Steel chess odds at 10.00. Do you predict a strong start to the new year for the Dutch grandmaster?

Shakhriyar Mamedyarov is the Dark Horse of This Tournament

One of the most talented chess players of the current generation is Shakhriyar Mamedyarov. The Azerbaijani is usually overlooked by the chess community even though he currently stands 9th in Fide’s top players. As a youngster, Mammadyarov’s potential was exceptional after winning the World Junior chess championship in 2003. Although he never reached his full potential, the 36-year-old is one of the best in classical chess. In fact, he is one of the few players to break the 2800 points barrier after peaking and reaching 2820 points in 2018.

With that in mind, his chances of winning the 2022 Tata Steel chess tournament are decent given his talent. Mamedyarov will be the dark horse of this competition, so make sure to keep an eye on him. As a result, 22BET Sportsbook puts him in 4th in their 2022 Tata Steel chess odds at 20.00.

With Tata Steel being one of the most prestigious tournaments to occur annually, many other top players will also participate. On top of this list is Hungarian grandmaster Richard Rapport who currently stands 11th in the world rankings. The 25-year-old is notorious for his aggressive style as he likes to play dynamic positions. Therefore, he is a very dangerous player to play against as he takes advantage of the slightest inaccuracies. As a result, online sportsbook sites in the United States included him as one of the favorites in the 2022 Tata Steel chess odds. At 22BET Sportsbook, the odds for Rapport to win the title are 20.00. The list of candidates does not even stop here as bookies offer you several other betting options to choose from. If you believe that none of the previous players will win, who are you going to bet on?