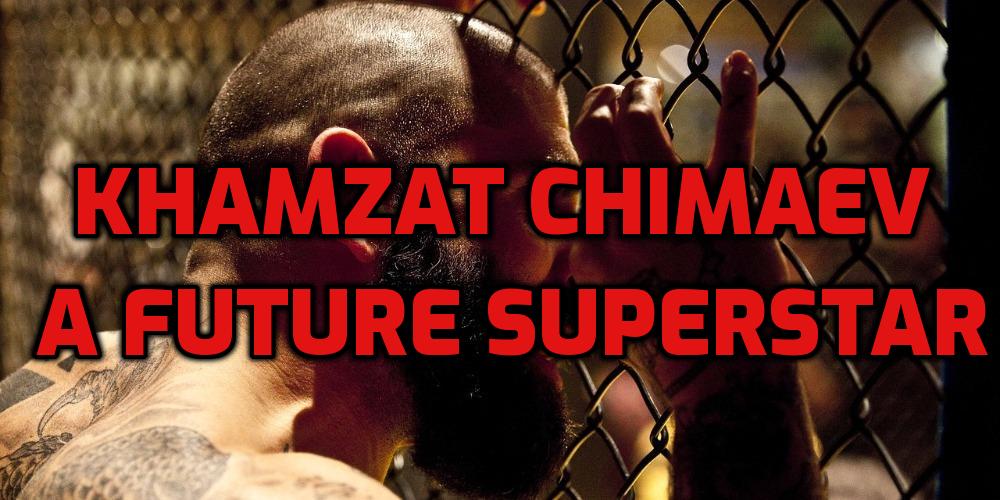 Khamzat Chimaev 2022 predictions are wide open after his latest dominant win in October of 2021. The Swedish mixed martial artist is a once-in-a-generation talent. Many people in the MMA community are now calling him the new Khabib in the UFC. In his four wins at the organization, Chimaev absorbed a total of two significant fights. Such a stat speaks volumes to just how dominant his performances are. As a result, it seems that him becoming a UFC champion is only a matter of time. The question then becomes, will 2022 be the year in which Chimaev wins the UFC gold?

Khamzat Brought So Much Hype Behind Him

After making his UFC debut in July of 2021, Khamzat Chimaev made a bold statement with an impressive performance. The 27-year-old defeated middleweight contender John Phillips via a d’arce choke and absorbed only one significant strike in the process. Seven days later, the UFC reached out to Chimaev to step inside the octagon against Rhys McKee at welterweight. The Swedish happily answered the call and put on a dominated performance to finish his opponent in the first round. With a couple of wins in seven days, Khamzat put everyone at middleweight and welterweight on notice.

Currently, the 27-year-old is on a record of 10-0 with four consecutive wins at the UFC. With such a mentality of competing anytime, anywhere, and at any weight class, Chimaev brought so much hype behind him. Fans are almost certain he is a future UFC champion as it is only a matter of time for him to get there. With that in mind, everyone within the MMA community is discussing Khamzat Chimaev 2022 predictions. Will he continue smashing through everyone?

Will Khamzat Chimaiev Become a Champion in 2022?

After bringing so much hype behind him, Chimaiev’s opportunities are wide open in 2022. Many voices in the MMA community talking about him fighting for the championship already. On the other hand, UFC president Dana White does not want to rush anything with his up-and-coming superstar.

White expressed that Chimaev is four wins away from a shot at the title as he believes the 27-year-old needs more time in the octagon before fighting for gold. However, depending on how the year plays out, the UFC’s plans can change quickly.

With that in mind, bookies and online sportsbook sites in the United States have put out their Khamzat Chimaev 2022 predictions. For instance, 22BET Sportsbook offers you the betting option to make a prediction on Chimaev to become a UFC champion in 2022 with odds at 1.73. Additionally, you have the option of specifying at which weight class you think the Swedish fighter will get the golden belt. If you believe that Khamzat will be the welterweight division champion, then your odds are at 2.88. On the other hand, if you predict he will become the middleweight champion in 2022, then your odds are at 4.32.

What makes Chimaev a unique fighter is his ability to compete in different weight classes. The Swedish has dominant wins in both welterweight and middleweight. In fact, he made it clear that the plan is to become a double champion in both divisions. It seems that Chimaev wants to follow the legacy of Georges St-Pierre and become the UFC’s welterweight and middleweight champion. Although Chimaev will most probably achieve this milestone, becoming a double champion in 2022 is not a realistic timeline. Regardless of that, 22BET Sportsbook offers the option to bet on him becoming a double champion in their Khamzat Chimaev 2022 predictions. The betting odds for the 27-year-old to have two belts wrapped around him by the end of this year are 13.00. Do you agree with this bold prediction?