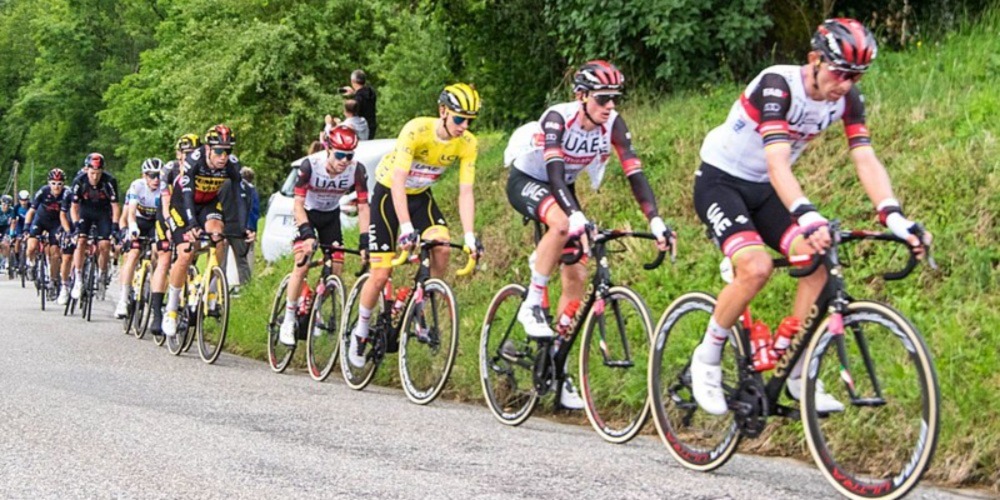 The 2022 Tour de France starts this Friday, on the 1st of July with an individual time trial. It will be held Denmark just like the next two stages. The 2022 Tour de France Stage 1 odds mention the time trial world champion Filippo Ganna as the top favorite but Wout Van Aert, Mathieu van der Poel and Stefan Kung can also be fast on the opening stage.

This year’s Tour de France will start from Denmark for the first time in the Tour’s history. The first stage of the three-week cycling race will be held in Copenhagen, followed by two more stages in the country. The opening individual time trial will cover 13.2 km on a totally flat route with some sharp turns.

It seems perfect for the current time trial world champion, Filippo Ganna who will compete on his first Tour de France. The last time the Tour started with an ITT was five years ago, in 2017 when Geraint Thomas won the stage. He will be in the main contenders again just like last year’s ITT winner Wout Van Aert and the Danish favorites.

Filippo Ganna is one of the best individual time trial specialists, who won the ITT World Championships in the last two years. He also won five ITT stages in the 2020 and 2021 Giro d’Italia. And now he is the top favorite to win the first stage in this year’s Tour de France. With online sportsbooks in France offering the odds of 1.85 for his win. Even though Ganna will make his debut at the biggest Grand Tour this season. The Ineos rider has also won time trial stages in this year’s Tirreno-Adriatico and Criterium du Dauphine. Finishing ahead of riders like Tadej Pogacar and Wout Van Aert.

The Belgian cyclist can be one of his main rivals again according to the 2022 Tour de France Stage 1 odds. Van Aert won the second ITT stage in last year’s race just like the ITT in the 2022 Paris-Nice. The Jumbo rider won the silver medal in the 2020 and 2021 World Championships, finishing both times behind Ganna.

Now his odds to beat the Italian are 2.75. Another top contender can be Swiss Stefan Bissegger, who won the ITT stages in last year’s Paris-Nice and Benelux Tour. The 23-year-old cyclist also got the win in the time trial at the 2022 UAE Tour where he managed to beat Ganna and Pogacar. The EF Education-Easy Post rider’s odds to do it again are 5.00 on 22Bet.

Stefan Kung is a two-time time trial European champion, who also finished second in last year’s first ITT stage. The FDJ-Groupama cyclist won the team time trial stage in the 2018 Tour de France. Based on his latest results like third-place finishes in the 2022 E3 Saxo Bank Classic and the 2022 Paris-Roubaix, Kung might go for the victory on Friday. Online gambling sites in France offer the odds of 7.50 for his win.

We can also find some familiar names among the favorites. Like Tadej Pogacar who can win his third overall Tour de France title. Or Mathieu van der Poel who won two one-day classics this season. Danish fans will hope for the victory of one of their favorites. Mads Petersen has the smallest odds, 21.00 among them to win the stage.

But probably his compatriots, Kasper Asgreen and Jonas Vingegaard have more chances of winning. Asgreen is a three-time national time trial champion who finished fourth in last year’s world championships. The Quick-Step rider finished third in this year’s Strade Bianche. And has the odds of 26.00 to win his first stage at a Grand Tour. Vingegaard finished as a runner-up in the 2021 Tour de France, but he is still waiting for his first stage win. He was second in the 2022 Criterium du Dauphine and in the 2022 Tirreno-Adriatico. His skills in the time trial might not be enough to win the first stage. But the Jumbo-Visma rider can be another top contender for the yellow jersey.