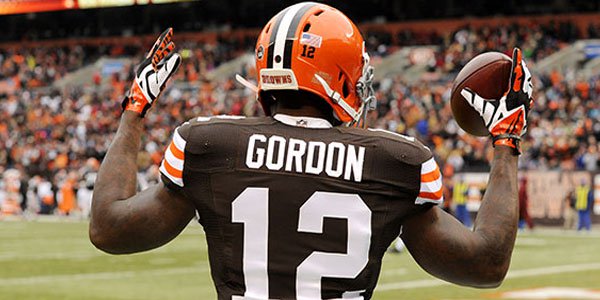 One reason to bet on NFL games this week: Josh Gordon. Read on for the other two.

The NFL Week 13 is upon us, and the closer we get to the playoffs the more fierce the competition becomes. This week brings several matchups of teams desperate for playoff spots.

Online sportsbooks in the UK and Europe like Bet365 and BetVictor have top odds on this week’s games, so whether you’re sitting on the couch or betting when abroad, there are plenty of great options. Here are three reasons why this is the week you should wager part of your betting budget on the NFL.

#3: Josh Gordon is back playing for the Browns

This week the surprising Cleveland Browns go into Buffalo to face the Browns in a clash of cold weather clubs. While ESPN’s team of analysts promptly called this one a win for the Bills, the Browns have an Ace up their sleeve in wide receiver Josh Gordon.

Gordon returned last week after serving a 10 game suspension for substance abuse, setting the game on fire with 8 catches for 120 yards. The Bills feature a vaunted defense, but there is little that can be done against a player of his talent.

While the Bills have the advantage of playing at home in brutally cold weather, they’ve lost two straight at Ralph Wilson Stadium. This is going to be a slugfest.

Our Pick: The line currently sits at Buffalo by -3. If it moves any farther in their direction, consider putting your money on the underdogs.

In Week 12 the sad sack Oakland Raiders on their first game of the season behind the arm of hotshot rookie quarterback Derek Carr. The Saint Louis Rams are also one of the league’s worst teams, holding a 4-7 record going into this bout at home.

What is interesting about this festival of mediocrity? The fact that the Rams are heavily favored to win.Online sportsbook in the UKBetVictor has the Rams by -7, a number which we think is simply too high.

This is going to be a close game, and if last week was any indication, the Raiders are starting to come around.

Our Pick: We expect the Raiders to beat the spread as long as it stays below 10 (and it will).

#1: The Broncos and Chiefs meet in grudge match

One of the NFL’s most bitter rivalries plays out this week as Peyton Manning’s Broncos walk into a hostile environment in Kansas City against the physical Chiefs. The home team is a slight underdog due to their losing a winnable matchup against the Raiders last week.

One can never underestimate the right arm of Manning and the Broncos have shown a resurgent running game. However, one shouldn’t underestimate the Chiefs at home, and they’ll be looking for redemption after last week’s crushing loss.

Our Pick: This game is a push. Go with your gut.