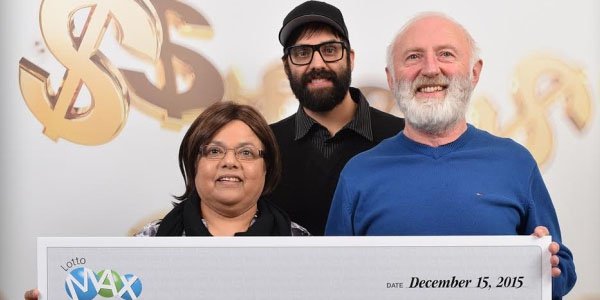 It’s big Canada gambling news: The much speculated on Lotto Max mystery has been solved. 21 months after the draw took place, the elusive holder of the sole winning ticket has come out as 67 year old Friedrich Mayrhofer of Langley, British Colombia.

British Colombia Lottery Corporation (BCLC) president Jim Lightbody, who’d been suspiciously mum amid much media coverage of the peculiar jackpot win, was happy to put the Lotto Max mystery to rest. Said Lightbody: “This has been a very unique situation for all of us involved, let alone the winners. And there has been significant public interest in this win.”

The March 2014 Lotto Max draw had been a mainstay in Canadian news since the winner failed to immediately claim their $50 million. Over 739 people had made inquiries about the jackpot, but all were rejected. The win was made all the more controversial by BCLC’s refusal to share reports with the media, as well as its issuing of a confidentiality warning to its employees regarding the subject.

Mayrhofer told online gambling sites in Canada that the massive delay in claiming his prize was due to his and his family’s shyness and desire for privacy. They wanted to remain anonymous because they were unsure of their ability to handle the publicity that came with such an enormous prize. Explained Mayrhofer: “Money is nice, but the priority is my family.”

Eventually Mayrhofer, his wife, Annand, and his son, Eric, decided to go through with claiming the jackpot. They hired financial advisers and lawyers, as well as submitted to making their identities public. However, due to their delay in claiming the money, they lost $500,000 in interest.

Mayrhofer, who’s admitted to already having bought tickets for this Friday’s Lotto Max draw, said that he’d learned from his past mistakes. He told amused reporters that “If I win Friday, I’ll be here on Monday. I’ll make up for the last interest.”