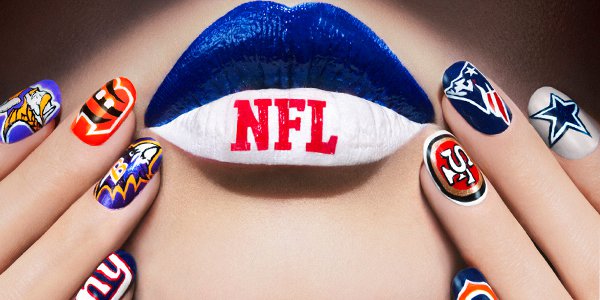 If you aren’t dating a supermodel or actress, try becoming an NFL player. Those guys seem to be pretty good at attracting gorgeous women.

When it comes to landing a gorgeous, intelligent, and probably famous wife, being an NFL player helps. Professional athletes of any ilk tend to marry better than the rest of the general population, but that is especially true of NFL players.

Maybe it’s the big muscles, the fact that they get to spend more time at home (games are only played once per week), or the generally high-esteem in which society holds them. These guys simply know something the rest of us don’t.

Here are the hottest wives and girlfriends you’ll see hanging around NFL players:

Archuleta had a successful if relatively short career with the Saint Louis Rams and Chicago Bears. He also made boatloads of money. His greatest accomplishment, however, was convincing Jennifer Walcott to marry him.

A former Playboy bunny, Walcott has been turning heads since the late 1990s. She and Archuleta have one child together and currently live in Los Angeles. Walcott has given up her modeling and acting career and now focuses on raising a family and operating a hair salon, Creative Extensions.

Tom Brady has broken just about every record on the books during his 14-year NFL career. The All-American boy from Southern California has won three Super Bowls and two MVP awards. For all his success, most football fans outside of the Boston area don’t like him.

Could there be a hint of jealousy behind the anti-Brady sentiment? Absolutely. The man is married to legendary Victoria Secret model Gisele Bundchen for Christ’s sake! The couple married in 2009 and have two sons together, in addition to Brady’s son from a previous relationship with actress Bridget Moynihan. But Gisele is the real catch!

Hamilton is one of the NFL’s up-and-coming stars, not to mention one of the league’s most handsome men. But just wait till you get a look at his girlfriend! Chicago native Erin Heatherton is a Victoria Secret model (are you picking up on a trend here?), actress, and fanatic NFL fan.

The two were first linked during the 2013 season, Hamilton’s breakout campaign. Let’s hope the two together. Their children would be some of the most beautiful people in the world.

Aaron Rodgers a likeable everyman, a beer-swilling, inarticulate speaking guy you’ve probably seen hanging out at the local bowling alley. He also happens to be a Super Bowl and MVP-winning quarterback, and his girlfriend is a lot more attractive and charismatic than yours.

Rodgers is dating television personality, actress, and writer Olivia Munn. Munn has been a correspondent on The Daily Show with Jon Stewart and recently starred on HBO’s The Newsroom. She is gorgeous and is also a self-described “nerd,” regularly attending Cosplay events.

Kristin Cavallari first found celebrity as the star of the MTV reality show The Hills. America went wild over this blonde bombshell and her carefree Southern California attitude. While not a very talented actress, she has appeared in numerous television shows and movies.

It’s a good thing that Cavallari has looks and personality to boot, because her husband doesn’t have much of either. The aloof, droop-looking Cutler has never been a fan favorite, and now could lose his job after a monumentally-disappointing season with the Bears. Well, at least he has an endless supply of money and a smokin’ hot wife.

Decker is a small-town boy from America’s heartland. A native of Cold Spring, Minnesota, the Jets star prefers to keep a low profile off the field, in line with his modest Midwestern upbringing. That hasn’t stopped him from marrying a bigtime celebrity, however.

In 2013 Decker married the Italian-born country singer Jessie James, and the two have been called “the sexiest couple in football.”

Reggie Bush clearly has a thing for Armenian women. The Lions star was previously linked to professional celebrity Kim Kardashian (I say that because she’s literally famous for being famous, and is one of the biggest jerks in Hollywood) and in 2014 married the Armenian-born professional dancer Lilit Avagyan.

Ms. Avagyan resembles Kardashian in so many ways, actually, that the two have been called doppelgangers. She and Bush have a daughter together. Bush also had one of his best NFL seasons ever, and online sportsbooks in the US gave the Lions high odds in more than a few games.