7 Sports Stars Who Love their Horses 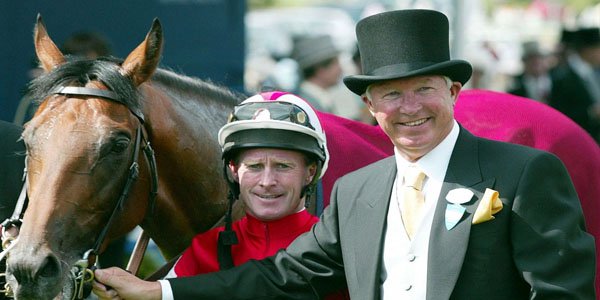 Successful sports stars love the thrill, the excitement and the joys of being a performing athlete, but after their time is up some turn to another sport to keep things interesting.

It’s difficult for international sports stars and figures to simply walk away and creep out of the spotlight when the time comes for them to retire. Many can lose a significant sense of their own identity when suddenly all participation in sport is removed from their lives.

Due to this, it’s now common to see former sports stars become trainers, managers and advisers to people or organizations still within the sporting industry; this allows them to take on a new role but still be involved and associated with sport in some manner.

Often it is a whole new chapter in their life and they get to experience a rather unique perspective on ‘the other end’ of things.

However, it’s not always within the same sport; it’s now becoming more common for former stars to apply themselves to other sporting areas and disciplines.

For example, take these 7 former sports stars who tried their hand at race horse training, which no doubt delivers a much needed dose of excitement to those no longer sitting comfortably at the top performing level.

Horseracing has always been internationally popular, and the sport has a decent following in almost every country worldwide. Horseracing in the United Kingdom has a huge fan base and an associated culture of betting on sports in Britain compliments this fantastically.

A major part of horseracing’s economic importance lies in the sportsbetting that goes along with it; however, although significant in the nation this is not unique to the UK as horserace bets tend to generate a world-wide market worth of over $100billion dollars consistently in most years.

Football is Britain’s un-questioned king of the sporting world; the vast majority of all Brits enjoys or partakes in some form of football related activity, whether it’s in the form of actually playing or just sitting in a pub watching the sport.

The two sporting cultures have been merged and combined more-so in recent years than ever before, with multiple prominent football legends turning their attentions to the equestrian sport.

One of the most famous men in football, Scottish-born legend Sir Alex Ferguson, is one of these individuals now interested and invested in horseracing.

Since retiring from his position as manager at Manchester United, a position which he held for an impressive 27 years, Fergie has become more interested and focused on performers with four legs and a tail. This is not a new venture though, as Sir Alex has been involved with horseracing for over 10 years now.

He was part-owner of the now-retired horse Rock of Gibraltar who was voted the 2002 European Horse of the Year.

One of Fergusons former players from Manchester United, the still-active pie-faced Wayne Rooney, has an interest in horseracing too; perhaps coming as a result of his former mentor’s habits.

Sadly, he was a disastrous racehorse owner and duly called time on the role in December 2013 after winning just a single race. The footballer had bought Pippy and Switcharooney for a total of £126,600, but the former managed to win just one (low-level) race, while the latter failed entirely.

Rooney Recently revived his involvement and part-financed the purchase of another racehorse with some of his team mates. Let’s hope this time he’s actually picked a winner and can maybe win some cash back from an online sportsbook in the UK.

Another former Red Devils star, Paul Scholes, has circumvented the horse racing game for some time, either partaking in a little gambling or a little business either way.
He joint-owns Market Avenue Racing Club with Mike Wood and won £240,000 over two days betting on Howard Johnson horses in 2009.

Although the numbers of them is a bit overwhelming to other sports, it’s not just football players who turn to the horses, as proved by professional rugby players Mike Tindall, James Simpson-Daniel and Nicky Robinson.

Tindall and the other co-owners bought the horse Monbeg Dude after a night out enjoying, perhaps one too many drinks, for a sum of £12,000.

After waking up slightly concerned that they had gone too far, bear in mind the horse had never run on a track, they were presently surprised The Dudes worth skyrocketed to £ 200,000 when following the win of the Welsh Grand National in early 2013.

Former jump jockey, Paul Nicholls decided to change careers and become a trainer after suffering a kick which broke his leg. Nicholls transition was no doubt the smoothest due to him already being heavily involved in horseracing, and his track record shows it.

Since then, Nicholls has become the leading National Hunt trainer of his generation, finishing the 2007-08 season with 155 winners and a record £4 million in prize money. To date, he has trained over 2000 winners, won the 2012 Grand National, four Cheltenham Gold Cups and has been crowned British jump racing Champion Trainer seven times.

So, there are a number of other professional sportsmen other than footballers who have taken interest in competitive horseracing; although there is something clearly very attractive about the activity to those in the football industry.

Regardless, for anyone current in a sporting career, it seems as if you’ll always be welcome down at the race tracks anytime you fancy it.