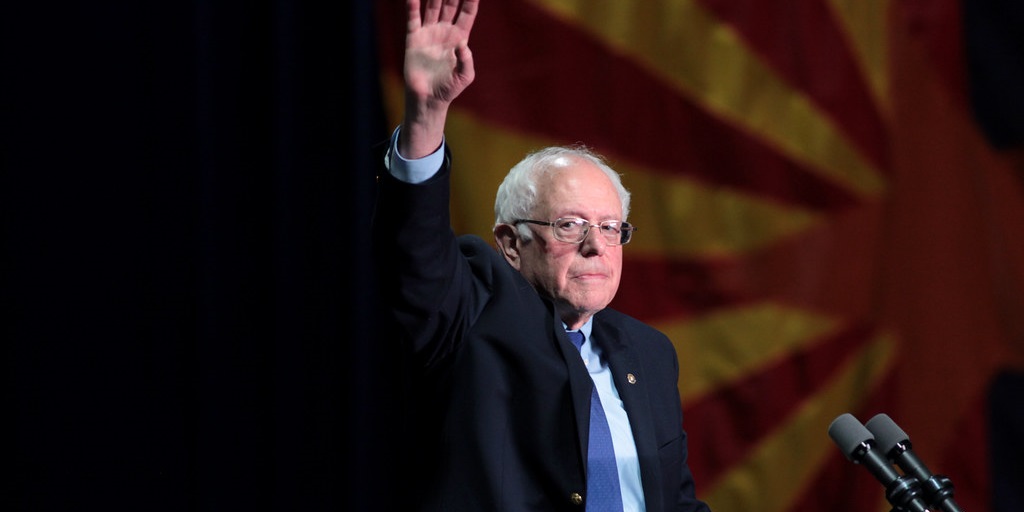 Any bet on politics in the US is a little risky. Predictability is hardly a trait it has exhibited of late. That applies from Donald Trump’s Impeachment trial in the Senate all the way through to the Democratic primaries. So looking at the polls, and the odds at online sportsbook sites in the US like Bovada, Bernie is winning. But before you rush out to place a bet on Bernie Sanders to win in Iowa, take a closer look. Those odds on Bernie Sanders might just be a tad misleading.

“We are their worst nightmare.” Bernie Sanders doesn’t mince his words. He doesn’t need to. After all, that statement probably applies as much to the Democratic Party as it does to the Republican administration. Just as a bet on Bernie Sanders to win in Iowa looks like an earner, the Democrats are getting antsy. “Suddenly we have the Democratic establishment very nervous about this campaign. We got Wall Street nervous. They’re starting to think, could this really happen?”

It just might. Things are definitely leaning his way. The impeachment trial has somewhat tarnished that sensible bet on Joe Biden. Slander in the senate does few campaigns any good. Those that regularly bet on sports in the US, however, might enjoy backing Sanders. An underdog comes good. A bet on Bernie Sanders to win in Iowa is, after all, to back change over continuity. So, Bernie is in great shape, or at least on paper, but there is a fly in the ointment.

The problem is age. Not, I should hasten to add, the age of Bernie Sanders. Bernie Sanders is 78  years old, despite most of his supporters barely reaching even half that. His popularity amongst the young is both a strength and a weakness. For example, they can drive a grassroots campaign with massive energy. So much so, they’ve made a bet on Bernie Sanders to win in Iowa a viable wager. They’ve even managed to drive down the US Presidential Election odds on Sanders moving into the White House.

That would have been unthinkable until very recently. The odds on Elizabeth Warren were lots shorter. Her campaign now languishes in fourth place behind even Mayor Pete Buttigieg. Just where she went wrong will be a matter of early post-mortem. Certainly, few will be taking advantage of US gambling laws to bet on her becoming president if she comes in last of the big hitters. But will she? A bet on Bernie Sanders to win in Iowa is to wager the young will vote.

Bet On Bernie Sanders To Win In Iowa At Bovada

So, whilst they offer his campaign strength of the base, the younger someone is the less likely they are to vote. That means for all his poll support converting that into a Super Tuesday win is going to be tricky for Sanders. So a bet on Bernie Sanders to win in Iowa isn’t such a bad risk really, but to win the White House in November? No. Perhaps not. He’s getting 7/2 to win the Presidency, which is still way behind the 8/11 the incumbent gets. In Iowa, he’s far more heavily favored.

A bet on Bernie Sanders to win in Iowa is going at about 4/7 on Bovada right now. That’s ahead of Biden on 9/4 and leaving Warren on 10/1 in the dust. The odds on Pete Buttigieg in Iowa currently stand at 7/1, which is a big deal. This might see him as a better VP material going forward. That said, online betting sites in the US seem to think Kamala Harris has it sewn up. They could be right. US politics is currently as unpredictable as Bernie Sanders’ hair in a gale.

We take a look at the surge that has made a bet on Bernie Sanders to win in Iowa a great wager, and why it doesn’t translate into a win in November.