A guide to the French Open Women’s Singles Contenders

News >A guide to the French Open Women’s Singles Contenders 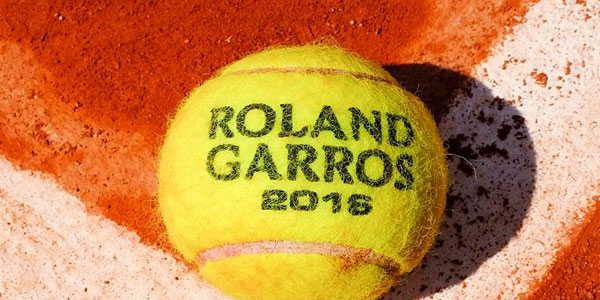 When judging the French Open Women’s Singles Contenders Serena Williams is a clear favourite, but she isn’t as dominant as Djokovic on the men’s side. There’s a few great bets for players who could beat her, but some favourites are best avoided.

Obviously, in a guide to French Open Women’s Singles Contenders, Williams comes top. If you bet on sports and like to pick a favourite, she’s the obvious choice. She won last year, and in 2013. She did, however, lose to Muguruza in the2014 second round.

Most impressive last year was her triumph despite being ill the entire tournament; she frequently lost opening sets, but her winning mentality pulled her through. After her surprise loses in the last two slams – to Vinci and Kerber – she has lost some of her previous invincibility, but she’s still the most likely to triumph.

Simona Halep reached her only Grand Slam final at the French Open in 2014, and narrowly missed out on the trophy in a classic encounter against Sharapova.

Last year was rather anticlimactic, as she was knocked out in the second round. This time there is less pressure, and she should be regarded as a safe bet to reach the semi-finals at least. She should be a safe bet to win this tournament, now or in the future.

After beating Serena at Roland Garros in 2014, Muguruza has been regarded as a likely future winner of this competition.

It was a surprise when she reached the final of Wimbledon in 2015, as grass was never thought to be her best surface. Back on clay, Muguruza should be able to push for the trophy here. While she’s never made it past the quarters, bet on her to at least make the semis this year. On her day she can beat anybody in the world, and success is just a matter of whether she can keep focused.

Big hitting American Keys is less likely to succeed on clay than grass, but she finally seems to be unlocking her potential.

She made a great run in Rome, beating Kvitova and Muguruza before succumbing to Serena Williams in a competitive final.

After her surprise run to the semi-finals last year, she could be a good bet to reach the same stage again.

She returns to Roland Garros fitter and better than last year. She has a career high ranking of 9, and can test anyone on tour. She took a set of Serena last year, and if they face each other this year then the American champion should be careful.

You wouldn’t expect this Romanian to be among the French Open Women’s Singles Contenders. However, in her last two clay tournaments it took the best in the world to stop her.

In Madrid she beat Bouchard and Muguruza and was the only player to take a set off her compatriot Halep, who bested her 6-3 0-6 6-1 in the quarters. In Rome she made another impressive run: she beat Victoria Azarenka and eventually reached the semis, where she was despatched by Serena Williams. Bet on Begu making a surprise run to the semi-final; she has very good odds at online sportsbooks in the UK.

Clay isn’t the Belarusian’s favourite surface, though she did reach the semi-final in 2013.

She was very impressive at the beginning of this season on hard courts, winning both Miami and Indian Wells. However, she’s suffered injuries since and is probably unlikely to have enough fitness to compete here.

She won the most recent grand slam, but her form since has been very patchy. She doesn’t have a great record at the French Open, though supporters would note she didn’t have one at the Australian before triumphing there this January!

Still, don’t bet on Kerber winning a second slam in a row. She faces on-form Kiki Bertens in the first round; watch out for an upset.

Last year’s finalist has been injured and then ill this year, and making it to the latter stages seems unlikely at this stage of her recovery.

Don’t consider her one of the French Open Women’s Singles Contenders. She is a player to avoid when internet betting in the EU this tournament.