After Recent Controversies, Trump’s Odds to Get Impeached Have Gone Up

News >After Recent Controversies, Trump’s Odds to Get Impeached Have Gone Up 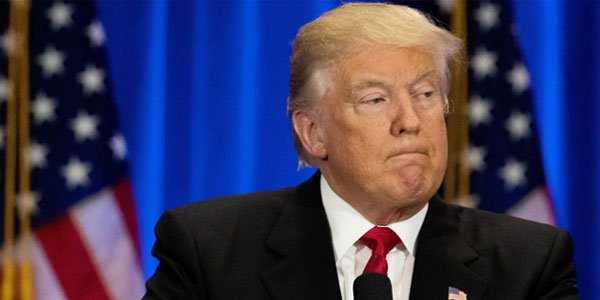 In the wake of removing James Comey from his position as FBI Director, Donald Trump’s odds to get impeached are beginning to rise.

Since before winning the election, Donald Trump has been accused of having dubious ties to Russia. These allegations were further compounded after it was revealed that Russia was almost certainly involved in a number of Democratic Party leaks that some political analysts feel affected the elections results.

Since becoming President, Trump has made a number of controversial calls, none of which were ground for impeachment. On May 9th, Trump shocked the world by announcing he had officially removed James Comey from his role as FBI director. Almost immediately, Trump’s odds to get impeached began to rise from most online sportsbooks in the UK including Paddy Power.

A number of people have questioned Trump’s dismissal of Comey, publically stating their opinion that it may have been due to Comey investigating the 45th US President’s ties to the Kremlin. It was one of the more controversial decisions of Donald’s career thus far, and UK gambling news has reported his odds to get impeached during his first term are now set at 4/6.

Bet on who will replace James Comey

Comey’s sack was a total surprise to most people, and discussions are now underway over who will replace him. A number of betting favorites to take Comey’s place have now emerged, and some great political betting odds are available.

Andrew McCabe was appointed as acting FBI Director after Comey’s removal. It’s unclear at this point whether he will remain in that position, but Paddy Power lists him as the favorite with odds of 9/4. Former Navy Admiral and current NSA Director Mike Rogers also has some great odds to get the position at 3/1.

If you think Trump’s odds to get impeached are surprising, you should check out some of the betting odds for the less-likely people who might take Comey’s place. Politician and friend of Trump Chris Christie is a possibility with odds of 50/1, and former NY mayor Rudy Giuliani is another betting option at 100/1.

Are you surprised that Trump’s odds to get impeached have gone up? Will he be forced out of office during his first term? Tell us what you think in the comment section below, and make sure to head to Paddy Power for a full list of 2017 political betting odds.