All Euro 2020 Records and Surprises 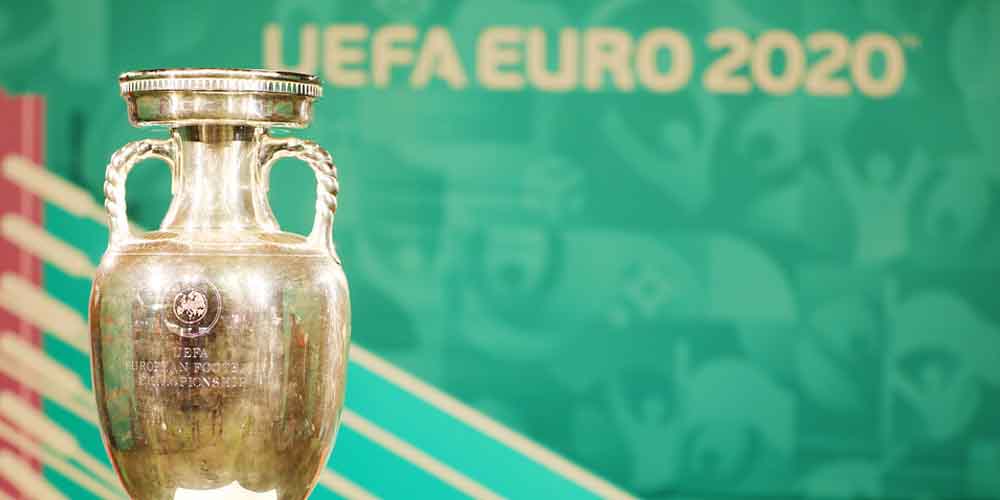 The European Championship is over. Italy has won the title after defeating England in a tense match at Wembley. A surprising victory over the favorites was a cherry on top of this year’s crazy football celebration. Let’s recall in mind all Euro 2020 records and surprises that made it so exciting to watch.

This was an unforgettable European Championship that gave us lots of emotions, both good and bad. Having survived a one-year postponement, Euro 2020 managed to make everyone watch it and witness some absolutely crazy moments. Let’s go through all Euro 2020 records and surprises that made everyone gasp in amazement.

All Euro 2020 records that surprised everyone

In fact, Euro 2020 was so full of surprises that we can spend the whole day listing them. Therefore, we have selected the top-5 unexpected moments that impressed us the most. Let us know about the craziest events that shocked you at this year’s European Championship and check the early-bird predictions about Euro 2022 at online sportsbooks in Italy.

Italy won Euro and Eurovision in the same year

Italy is undoubtedly the main hero of Euro 2020. The team got a dramatic victory over England on July 11th. Few football fans could predict the turn of events like this as odds seemed to be in England’s favor. The final match was played at Wembley in London with an overwhelming number of national team supporters. Additionally, Southgate’s squad made it to the finals thanks to a controversial extra-time penalty in the semi-final match against Denmark. Many blamed the referee for helping England in their “domestic” European championship. Therefore, both bookies and fans predicted England to win their first-ever title but it was Italy to take their second Euro cup home.

However, the most attentive fans might have predicted such a scenario. Earlier this year, Italy won another popular European contest – Eurovision. Maneskin’s “Zitti E Buoni” got the biggest number of viewers’ points and placed first in the Grand Final on May 22nd. Interestingly, the UK’s contestant James Newman finished last with zero points from the jury and the audience. Was it a sign?

All in all, Italy became the first-ever country to win Eurovision and Euro in the same year. Now, you can take a look at the list of cities to host Eurovision 2022.

Death of “Group of Death”

During the whole European Championship, the Italian team has been far from being the main favorite. From the very beginning, football fans believed that either England or one of the teams from “Group of Death” was going to win Euro 2020. This year, Group F became a “Group of Death” with Germany, France, Portugal, and Hungary competing for the right to qualify. With a reigning Euro champion (Portugal), reigning World Cup champion (France), and the bookies’ favorite (Germany), everyone thought that Hungary was destined to fail. However, Marco Rossi’s team became one of the biggest surprises at Euro 2020.

Alongside Denmark, Hungary was called a fans’ favorite at this year’s championship. The team that seemed the weakest managed to play a draw with France and Germany and lost 0:3 to Portugal (it is worth mentioning that all goals were scored after 80 minutes of a pretty tense game). Giving a fight to the main favorites of the tournament made fans fall in love with Hungary. Although they didn’t qualify for the next stage, Hungarians went home as heroes. At the same time, Germany, France, and Portugal reached the Round of 16 but all dramatically vanished before the quarter-finals.

Crazy goals by Schick and Shaw

What a championship can go without amazing goals? All Euro 2020 records include some goal records too as there were at least two mind-blowing kicks by Patrick Schick from the Czech Republic and England’s Luke Shaw.

An award for the most beautiful goal of the championship went to Partick Schick. In the match against Scotland, the Czech Republic forward scored a magnificent goal from a halfway line. A 54-yard goal is also a record-breaking goal scored from the furthest distance ever recorded at Euro since 1980. Betway Sportsbook offers you to bet on Schick to shine as bright in the 2022 Bundesliga as he did on the international level.

Another record-breaking goal was scored by England’s Luke Shaw. In the final match against Italy, Shaw scored the fastest goal in the Euro finals (less than two minutes). Although it didn’t help England to win, Shaw is the last one to blame for a bad performance.

Team of the Tournament without Ronaldo

One of the biggest post-Euro surprises touches upon the Team of the Tournament. Traditionally, UEFA reveals a dream team as soon as the championship is over. This year’s squad consisted of five Italians, Pedri aka Best Young Player, Romelu Lukaku…and no Ronaldo.

This is the first time in a while when Ronaldo didn’t make it to the Team of the Tournament. However, the player broke another record at this year’s championship. The Portuguese superstar has been named the best scorer and won the respective award for five goals and one assist. Also, Ronaldo is the footballer with the most Euro appearances (25).

The list of all Euro 2020 records couldn’t exist without mentioning an own goal. Undoubtedly, this year’s auto goal was the main star of the championship and even set up a new record!