Australian Senator is working on a gambling regulations draft, which will restrict online betting and gambling advertisement 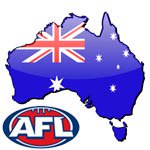 According to independent senator, Nick Xenophon, major match-fixing problems are expected in the Australian Football League (AFL) unless some swift measures are implemented to change the way people bet on sports in Australia.

A report in Saturday Age revealed incredible growth in AFL betting, totaling around three hundred million dollars annually. The majority of those bets, close to eighty five percent, is being placed on the outcome of first goalkicker.

Senator Xenophon is currently drafting a bill to introduce new restrictions on internet betting in Australia. He expects the new legislation to be ready for public debate sometime next month. Xenophon plans to ban “exotic or novelty” wagers including bets on the first goal kicked. The senator believes that “Those microbets allow for macro-opportunities for corruption.”

If approved, the updated Australian gambling laws would prohibit all advertisements for online sports-books for the duration of live sporting events. “We need to ban commentators referring to the odds, we need to restrict odds being broadcast, we need to have restrictions on the maximum bets being able to be played,” Senator Xenophon commented.

The current gaming legislation is relatively new, adopted by law-makers at the turn of the 20th century. Senator said: ”There needs to be a complete overhaul of the Interactive Gambling Act. While the act is only 10 years old, there has been technological advances and exponential growth in gambling. And considering this betting is done at a national level, there needs to be a national approach. Having a state-by-state regulatory regime is absurd.”

Mark Arbib, the Australian Sports Minister has been drumming up support for Xenaphon’s proposed legislation with territory sports ministers. Earlier this year, Xenophon and Arbib agreed to put forward a national framework to identify and prevent match-fixing. The ministers are scheduled to meet this June to discuss the proposed draft, which will include a severe, 10 year prison term for those convicted of fixing sports matches.