Are Your MotoGp Wagers Ready For The New Season?

News >Are Your MotoGp Wagers Ready For The New Season? 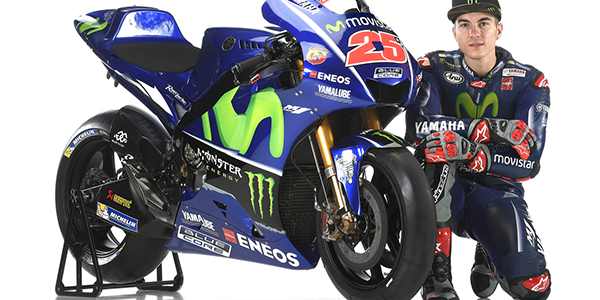 It went right to the wire last year with Andrea Dovizioso chasing Marc Marquez all the way, but will we see that battle resume as the lithe boys in leather climb back on their bikes for another season of MotoGp racing? Can Jorge Lorenzo capitalize on the situation or could Maverick Vinales take advantage? Is Valentino Rossi out of the running or is he the dark horse of the pack? We take a look at the upcoming MotoGP wager opportunities that will be available at BetVictor this year.

Last year Maverick Vinales got on his new Yamaha and put in back to back victories in the first races (Qatar and Argentina) leaving much of the MotoGp world wondering if anyone else was going to get a look in, but when Marc Marquez romped home in America, and Dani Pedrosa won in Spain it looked like the 2017 MotoGP season was anyone’s for the taking, but by mid-season and especially after a rare retirement from Marquez in the British Grand Prix, Dovi became a good if risky MotoGP wager.

Of course come the end Dovizioso retired from the Valencia race and that was that, Marq Marquez finishing 37 points ahead to win another championship title, the Ducati team having done far better in their chasing down of the Repsol Honda as they could have wished for, but they’ll still want to do better in 2018 and if you enjoy putting the odd bet on sports in Qatar (and don’t wish to wait four years for the world cup) that first race of the season could well wet the tone for your MotoGP wagers in 2018.

Reliability Was The Bane of Lorenzo In 2017

It’ll come as no surprise that last years champion is this year’s favorite. Marc Marquez is an exceptionally talented rider on a superbly reliable bike that outperforms many of its rivals, so those 4/5 odds BetVictor will give you on his being MotoGP world champion in 2018 as well probably aren’t too far off the mark, but that’s not to say there aren’t a few other rides that might be worth one of your MotoGP wagers, especially Jorge Lorenzo who is chomping at the bit to put last year behind him.

Reliability issues battered Lorenzo’s hopes last year, but the 11/2 he’s getting to be world champion this time round might just indicate Ducati might have that licked. Maverick Vinales gets a neat 6/1 to win the season and if he can keep up the pressure from a winning start he could probably turn the advantage he squandered in 2017 into a string of victories this time round. Although that he can really make Qatari gambling news headlines by beating off Marquez so often is something I’d need to see to believe.

BetVictor Has All The Odds For Your MotoGp Wagers

Beyond this it’s Andrea Dovizioso himself at 13/2 who could be one of the better MotoGP wagers this year, if he can bring some of the attitude he developed last year there’s no reason he couldn’t pull it off, but the same could be said of Valentino Rossi who gets 8/1 at BetVictor streets ahead of Dani Pedrosa who languishes back on 14/1 with all-but-new-boy Johann Zarco who gets a very credible 16/1 and showed last year he’s one to watch for the future where he’s likely to be champion someday too.

Obviously the romance aside it’ll probably be Marc Marquez that wins the season, he’s got the experience, composure and confidence required, has the best tech team in the world at his back and unless Ducati performed miracles during the off season you can pretty much guarantee that to take advantage of Qatari gambling laws and back someone who isn’t called Marc Marquez will be a waste of money. The races might not be a stroll individually, but over the long haul Marquez will walk off with this one too.