Athletes Who Make Too Much Money

News >Athletes Who Make Too Much Money 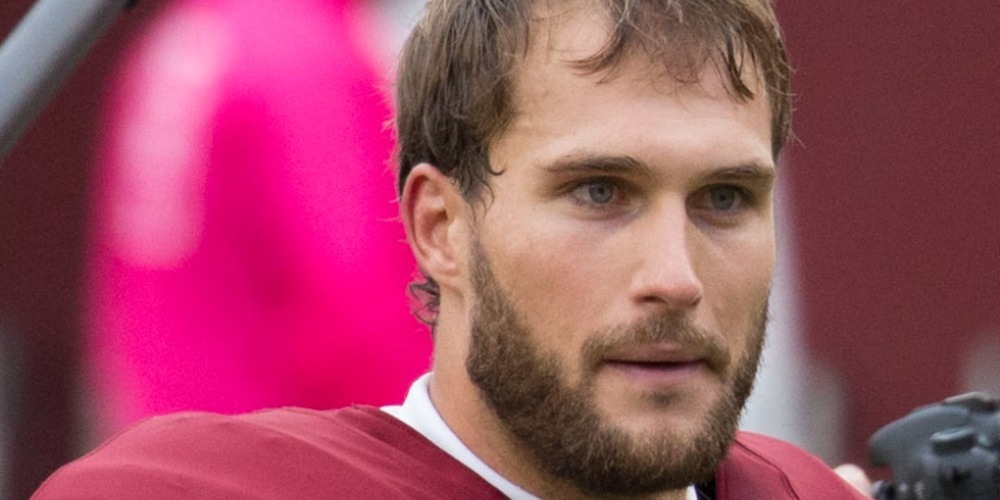 Professional athletes in mainstream sports have always been paid well, but in the past few years, the salaries have grown ridiculously big. Some sports and leagues pay much more to the athletes than others. For instance, soccer, American football, basketball, or baseball stars make millions of dollars.

It’s hard to say the exact amount the following players make since they have too many businesses, investments, and online accounts. So, the list keeps changing, but it’s not hard to find the top wealthiest athletes! Let’s check out the athletes who make too much money!

Minnesota Vikings quarterback took home more than $60 million the past few years, thanks to his contract and sponsorship deals. Moreover, he did this in such a way that, although he had good results and statistics during his four years there, he could only lead his team to the playoff once and even there, had to say goodbye after two games. By the way, they shot a very personal documentary about his record contract and the circumstances surrounding it, in which you can look into his personal life too. Cousins’s payment has been on the rise. In the past few years, his salary has grown by 30 million dollars.

The Top Athletes Who Make Too Much Money

Although Cousins’s annual income would be able to help out a whole country, he is not in the top ten of the highest-paid athletes’ list. However, Roger Federer has been on that list for ages. He makes about $90 million every year! Even when the star player couldn’t win any tennis tournament due to a knee injury.

Obviously, he doesn’t earn this amount only with his achievements. Due to his personality and popularity, he received sponsorships from prestigious brands like Rolex.

According to online sportsbook sites in the UK, among the famous athletes playing in European professional leagues, Neymar, Messi, Gareth Bal, and Christiano Ronaldo make the most money. Based on annual income, Neymar earns almost 50 million Euros at Paris Saint-Germain. His teammate, the seven-time Ballon d’Or winner Messi has a €40 million salary per year, while Bale, who plays in Real Madrid, earns around 35 million Euros.

These incomes don’t include bonuses and sponsorship contracts, which bring them extra millions each year. When we see more and more record contracts in the soccer world, the question of whether it’s worth signing a star player with an enormous salary or not always comes up. However, according to Bet365 Sportsbook, their payments come back in seconds from selling their jerseys. Many claims that it didn’t cost PSG anything to sign the Argentinian star athlete due to the various sales.

Athletes Who Make Too Much Money

Cristiano Ronaldo’s salary has always been among the highest-paying ones, as he receives shocking marketing income and sponsorship contracts. However, even though he is the best player in the world, he is only the fourth in terms of annual salary. According to news from 2018, Ronaldo’s income, including marketing payments, was 95 million euros. Just think about his Instagram account! More than 474 million people follow him on this platform, making it the most popular account, and, obviously, Ronaldo makes good money there too.

Even so, this was only enough for second place because Messi earned about 30 million euros more, thanks to bonuses, sponsorships, and marketing. Even though we are talking about insanely significant amounts, Ronaldo wanted more to rise above Messi’s earnings.

Although professional players work hard and have to deal with the media as well, these athletes make too much money! If you are curious about what he spends this crazy amount on, check out our article about Cristiano Ronaldo’s watch collection: Diamond toys!

LeBron James is in the Top Three!

With his $121 million salary, James surpassed his own record as the highest-paid NBA player and became the tenth athlete to join the elite club of athletes earning over $100 million. By the way, Messi and Ronaldo have made it there five times each. The basketball player’s salary from three different teams in the past 19 years is around 383 million dollars, and his income from advertising and other businesses exceeded 900 million, according to online sportsbook sites in the UK!

At least two reasonable questions come to mind after reading that amount. Isn’t it too much money? How do you even spend this much? Even compared to other athletes, this amount is insane, not to mention an average person. Along with advertising deals with Nike, Pepsi, etc., he receives money from their profit. The four-time NBA champion invested in a nutrition and supplement brand called Ladder and a pizzeria, as well as in the TV and film studio SpringHill Entertainment, valued at around $300 million. It seems he leads the list of athletes who make too much money!

Athletes Who Make too Much Money

Saul Alvarez made history a few years ago when the Mexican boxer signed one of the highest-paying contracts of all time. Alvarez agreed with the DANZ stream provider that the online channel can broadcast 11 of his matches, but the contract of 365 million dollars had been cut short following a disagreement. Giancarlo Stanton, the New York Yankees star baseball player, signed a deal of 325 million dollars for 13 years.

Usually, the salary list is dominated by baseball players anyway, since the longest-term agreements are typically signed in the MLB. For example, Mike Trout made history by signing a 12-year, $430 million deal with his team. If we break it down into years, Trout’s contract is no longer so shocking since at least five pro athletes earn more than his 36 million dollars monthly payment.

Lewis Hamilton is not only one of the most successful drivers in F1 but one of the athletes who make too much money. However, considering the danger factor of driving an F1 car, earning so much is more understandable than in a less risky sport. The British star athlete and seven-time world champion holds one of the top spots on the drivers’ wage list. He has been leading it since 2014. Last season, his base annual salary was around $55 million. If we count bonuses and sponsorships, this amount exceeds $60 million.

Michael Schumacher was one of the highest-paid athletes of his time, not only in F1 but overall. Although he retired ten years ago, Schumacher still has the biggest net worth of $780 million among F1 drivers. The German former car racer who suffered a severe injury while skiing in 2013 and underwent several life-saving brain surgeries spent his best years at Ferrari. The seven-time world champion legend was the highest-paid athlete in the 2000s.

An example of what a big star he was, includes the German financial company Deutsche Vermögensberatung. They paid Schumacher eight million dollars to wear the company’s 10×8 centimeter logo on his baseball cap. As you can see, Schumacher’s 780 million dollars fortune doesn’t even include the sponsorship deals outside of F1. Mich Schumacher has his hands full if he wants to follow in his father’s footsteps. Check out how he is doing so far at Bet365 Sportsbook!