International cocaine trafficking network was uncovered by Australian Federal Police, a group of well-known poker and blackjack players was taken into custody. 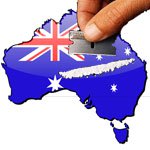 David “ZanderFish” Saab, the leader of the group, is a known figure in the high stakes world of underground blackjack and poker. Among his achievements is an impressive 46th place finish at the World Series of Poker Main Event, broadcasted live globally. Besides poker, Mr. Saab is also a known blackjack card counter and proposition bet hustler. Mr. Hughes is respected for his frequent wins at online poker sites, close to $50,000 in the past month alone.

An estimated $4 Million AUD worth of pure cocaine was found inside machinery parts on board a cargo vessel which originated from Vancouver, Canada and docked at Melbourne. Drug Enforcement and Melbourne Customs officials didn’t comment on whether an ongoing investigation with the joint narcotics task force or an informant led to the arrests. The men in question refused to cooperate with investigators, remained silent during preliminary hearing, and didn’t apply for bail.

Based on the gravity of charges, the suspects can expect sentences of up to 25 years. Sources close to the investigation, believe that the suspects have links to Australian crime groups and various international criminal organizations whose members also frequent underground casinos. The Chief Magistrate, after listening to the prosecutor describing the suspects as associates of international organized crime figures, playing poker with mafia hit men, ignoring Australian gambling laws and smuggling large quantities of cocaine quickly remanded the three gamblers to pre-trial detention and revoked any future possibility of bail.