All Ballon d’Or Winners With Multiple Awards – The Full List 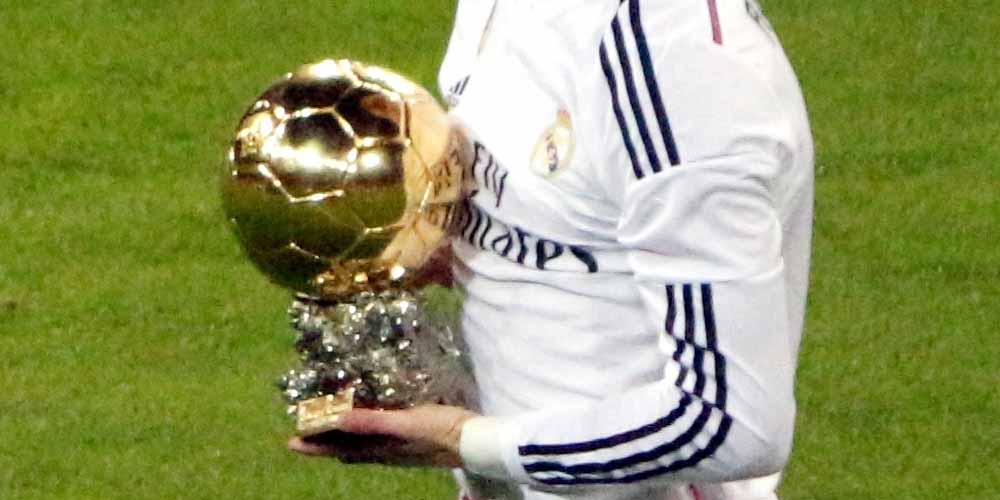 To this day, only 26 football players have been awarded the Ballon d’Or at least once. Why only? The award was established more than sixty years ago and held annually with the only exception in 2020. So, why are there so few names on the winner’s list? The answer is simple: we have ten Ballon d’Or winners with multiple awards.

Ballon d’Or is considered the most prestigious individual award in football. The award was first presented by the French edition France Football in 1956. Throughout its long history, twenty-six football players have received the Ballon d’Or award. This number is so small because of some footballers who have taken home two, three, or even seven awards. So, take a look at all Ballon d’Or winners with multiple awards and bet on the next winner at online sportsbooks in Brazil!

Probably, every football player in the world wants to win the Ballon d’Or award. Being named the best player of the year at least once means to write your name in the history book, to say nothing about winning the Ballon d’Or twice or more.

There are ten players who managed to win the Ballon d’Or award more than once. We are going to list all football stars of the past and present with multiple prizes from France Football. Starting from players with two awards and ending with the all-time record holder with 7 Ballon d’Or trophies.

Kevin Keegan is the first player on the list of the most-awarded footballers according to France Football. The English former Liverpool and Hamburger SV striker won two Ballon d’Or trophies in 1978 and 1979. A year before his first victory, he finished second after Allan Simonsen. However, it’s Keegan who entered history as one of ten Ballon d’Or winners with multiple awards.

Two Ballon d’Or awards belong to Karl Heinz-Rummenigge, a German former professional player. One of the brightest Bayern Munich stars in the 20th century was named the best player by France Football in 1980 and 1981. Besides winning multiple Ballon d’Ors, Heinz-Rummenigge owns more than forty other individual awards and titles.

1xBet and other sports sourses include Alfredo Di Stefano on the list of football superstar with two Ballon d’Ors. A former Real Madrid player won his first award in 1957 and repeated his success two years later. Di Stefano was also nominated for Ballon d’Or in 1956 but lost to Stanley Matthews, one of the greatest players in England.

Ballon d’Or winners with multiple awards include Franz Beckenbauer, a two-time title holder. A former German player has received five nominations from France Football throughout his career winning two Ballon d’Ors in 1972 and 1976. He finished second two times and was placed third once. However, Beckenbauer will be always remembered for his multiple Ballon d’Or awards as well as the libero inventor.

Everyone knows Ronaldo as one of the greatest football players of all time. However, a few know that he is also a two-time Ballon d’Or winner. The Brazilian football legend received his first prize in 1997, and the second one – in 2002. It makes Ronaldo the only player who has won the Ballon d’Or in two different centuries. By the way, do you know who will win the next Ballon d’Or?

Johan Cruyff was the first player in the world to win three Ballon d’Or awards. The Dutch footballer and manager managed to finish first in the France Football poll almost three times in a row. He won the first trophy in 1971 and took the other two in 1973 and 1974. In addition, Cruyff received one more nomination for the award the next year but finished third.

Marco van Basten is another Dutch player on the list of Ballon d’Or winners with multiple awards. Known as a former Milan and Ajax star, van Basten won three awards from France Football in 1988, 1989, and 1992 respectively. Thanks to this achievement, he wrote his name down in history despite ending his professional career at the age of 28.

According to France Football, Michel Platini deserved the most prestigious award in football three times. A former French forward won the Ballon d’Or three times in a row, in 1983, 1984, and 1985. He became the only player to reach this achievement in the 20th century. Later on, Platini’s record will be repeated by one of the next football superstars on our list.

Cristiano Ronaldo is officially the second most awarded player in the Ballon d’Or history. This 37-years old Portuguese football star owns five awards. Ronaldo won his first title in 2008 while playing for Man Utd. The other four came later with the forward’s amazing achievements in Real Madrid. Ronaldo is also nominated in 2022, but will he win? Take a look at his odds at online betting sites in Brazil.

We all know who is the most awarded football player in the world. Lionel Messi owns seven Ballon d’Or awards with no one coming even close in the next few years. Messi won all his awards from France Football in the period from 2009 to 2021, becoming the first player to be named the top player of the year in three different decades. In addition, Leo finished second 5 times and took third place in 2007.