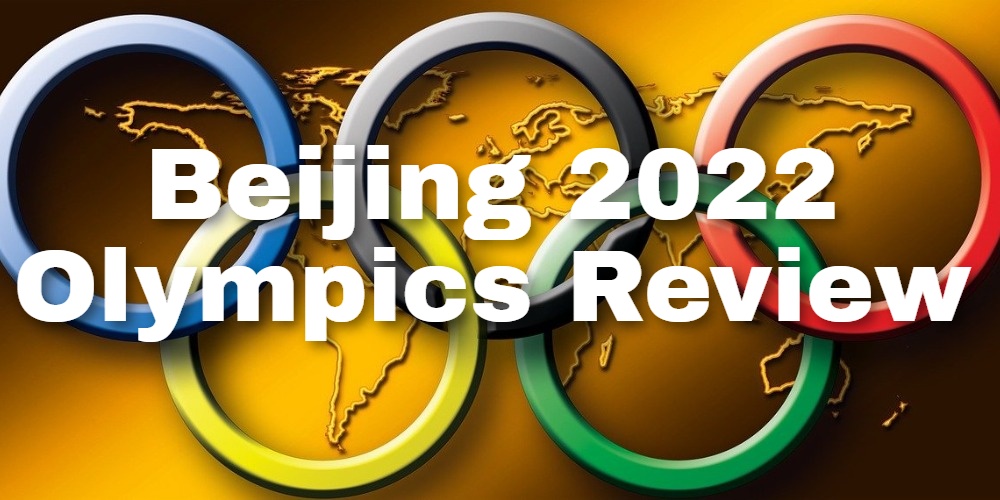 Want to know more about the favorites in biathlon, bobsleigh, and Nordic combined? Do you have any idea who can win medals in bobsled and skeleton? The second part of our material on the main contenders for the awards of the 2022 Olympics in Beijing will help you understand. So stay tuned with our Beijing 2022 Olympics review!

On February 4, 2022, Beijing will host the best representatives of winter sports. 3,000 thousand athletes who will compete for 109 sets of medals will attend the Olympic competitions. To get a better understanding of all 13 athletes competing for gold, read all two parts of our guide. In the first part, you already learned about the favorites in sports such as alpine skiing, snowboarding, figure skating, and others. The second part will tell you who can become an Olympic champion in bobsleigh, skeleton, Nordic combined, cross-country skiing, biathlon, and ski jumping.

The departure from the larger sport of four-time Olympic champion André Lange in 2010 made way for Francesco Friedrich on the German bobsled team. Although the German national team is traditionally considered the most successful national team in the world in this sport, the Germans did not win a single medal at the Sochi Olympics. Then Frederick promised that his team would never repeat such an anti-record. He changed the approach to training, made it more intense. And he did a lot of psychological work, especially in the field of competitive decision-making.

It worked. In 2015, Friedrich began to show excellent results at the world championships and the World Cup. The German achieved great success in Pyeongchang. He brought there the national team gold in twos and fours. All these achievements make Frederick the top medal contender in Beijing. Friedrich was nicknamed “The Professor” by his teammates for his humility, attention to detail, diligence, and ability to support other team members.

The representative of Germany, who is also in the ranks of the German police, finished fifth at the Pyeongchang Olympics. However, Tina Hermann is the first woman to hold a four-time individual world champion title (she also has three team golds). She won world championships for three consecutive years (2019, 2020, and 2021). Hermann won the last champion title in February this year at the World Championships in Altenberg, Germany, where an incredible struggle unfolded. The athlete showed only the 11th result after the first attempt out of four. After a difficult season, Hermann will be looking to improve his performance at the next Olympics.

“I can’t believe that I became world champion again after such a bad first race … I’m very happy. After last year’s World Cup I had a difficult period, but now I am looking forward to new competitions and hope that the results will only get better in the future ”, – Tina Hermann in an interview with the International Bobsleigh and Skeleton Federation after winning the 2021 World Cup.

Riiber won the Pyeongchang 2018 team silver with the Norwegian national team, as well as two team golds at the 2019 and 2021 World Championships. At the same world championships, the 23-year-old athlete won individual gold. Also at the end of the 2020/21 season, he won his third consecutive Crystal Globe, becoming the best overall in the World Cup. Needless to say, the Norwegian is in great shape. It will be interesting if he can take advantage of this at the 2022 Olympics in Beijing.

“I am happy that I was able to win the overall World Cup standings and achieve this goal, which I have been striving for all season. I managed to achieve it again ”, – Jarl Magnus Ryiber in an interview with the International Ski Federation after winning the Crystal Globe.

You can bet on the upcoming Beijing 2022 Olympics by visiting the online sportsbook sites in Germany. Meanwhile, check out 22Bet Sportsbook for the special bets for the Paralympic Games.

The owner of an impressive resume started skiing at the age of seven thanks to her grandfather. Charlotte Kalla is the most successful Swedish athlete in Olympic history. She won nine medals at the Games, three of which were gold. She became champion in Vancouver, Sochi, and Pyeongchang. At the same time, the skier won two gold and one silver on the same day, but in different years. After winning the 2006 Youth World Ski Championships, Kalla has grown to become one of Sweden’s top skiers. She took silver in the relay at four world championships in a row between 2011 and 2017. In 2018, at the age of 30, Charlotte not only successfully performed at the Olympics but also climbed the podium 17 times in other competitions, scoring 10 victories.

Thanks to her sporting achievements, Kalla received an honorary doctorate from the Luleå University of Technology at the end of 2020. In the 2020/21 season, Charlotte has shown good results. So we will surely see her in the Swedish national team at the 2022 Olympics in Beijing.

“I became a little more restless, but the joy of competing and performing at the highest level remained the same. The most important thing is not to suppress curiosity. There are always things that can be done better and this is my biggest motivation. We have a very inspiring team. Girls with the right mindset improve every day and every workout. I love being a part of it all. To get on the podium now, you need to make more effort than five years ago. Sport does not stand still “, – Charlotte Kalla in an interview with the International Ski Federation about her career in the Swedish national team.

Johannes Boe’s career has been greatly influenced by his older brother Tarjei, who also plays for the Norwegian biathlon team. Boe Jr. made his international debut in the 2012/13 season. Thanks to hard work, success came quite quickly. In the next season, Johannes took third place in the overall World Cup. Since 2018, this Norwegian athlete has been at the top of the world biathlon. After three medals at the Pyeongchang Olympics, Byo won the World Cup three times in a row. The large crystal globe did not escape Johannes even in the 2019/20 season when the athlete missed several races due to the birth of a child. Boe’s last trophy was presented in March in Östersund, Sweden. All these achievements make the Norwegian biathlete the main contender for Beijing’s gold medals.

“First place overall is the perfect end to the season for a biathlete. It’s hard to describe how happy I am. This season is very different from the previous one. Sturla Holm Legrade imposed a serious struggle on me – I had to give my best ”, – Johannes Thinnes Boe in an interview with the International Biathlon Union (IBU) after winning the third Big Crystal Globe.

Sara Takanashi is a prominent figure in winter sports in Japan. She became the youngest overall winner of the Ski Jumping World Cup and has won four league titles (2013, 2014, 2016, and 2017). The last few years have been challenging for the Japanese ski jumper. But all the difficulties only helped her to reach new heights. According to the athlete, she needed to change her way of thinking, for example, to become more flexible and respond faster to new circumstances. The 2020/2021 season was a reflection of this turning point in her career. She won 60 victories at the World Cup stages and, thanks to this, got into the Guinness Book of Records. Takanashi has what it takes to be successful at the 2022 Beijing Olympics.