Is The Best Bet On British Politics Another Election? 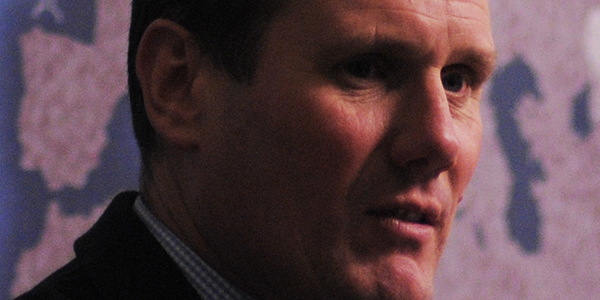 A bet on British politics might not sound the most exciting wager in the world but there’s some great opportunities to profit from the chaos that abounds among the great and the good in Parliament. Theresa May looks as strong and stable as a unicyclist on acid and you can get odds on the next Lib Dem leader at Bet365, so just what should you be wagering on as the world burns this summer?

Donald Trump believes his administration is “under siege” which says everything you need to know about his sense of proportion, an inadequacy of the US President thrown into even sharper and starker relief by the almost constant barrage of horror that has beset the United Kingdom in the past few weeks. Terror attacks, political earthquakes, blazing infernos and now Brexit. It’s a constant litany of lament that makes the only sensible bet on British politics one on when it all gets much, much worse.

With even the Queen perpetually wearing a grim ‘Cruel Sea’ expression the stoic British “Keep Calm & Carry On” stiff upper lip has been sorely tried and as the nation attempts to deal with these human tragedies the comedy of the political landscape’s upheaval have had to take a backseat, but those of you who like to bet on sports in the UK will be just as overjoyed as I that the “strong and stable” government of Theresa May is anything but and the best bet on British politics is that she’ll soon be gone.

Another General Election in 2017? Maybe

The very fact that bookies like Bet365 are offering 9/4 on there being another General Election in the UK this year just a week or so since the last one nearly as astonishing to the lack of attention the now underway Brexit negotiations are getting. The painful divorce of the UK from the EU has no happy endings, and with this being more apparent as time moves on if you like to bet on British politics at Bet365 slinging the odd fiver on the poor lambs going back to the polls this November is no bad idea.

Naturally betting on the next Prime Minister is perfectly legal under UK gambling laws, and given just how much of a dead robo-duck Theresa May is, the time is ripe for a bet on British politics which, as always, is a bit of a crap shoot who best to back wavering day to day. Right now it’s David Davis looking good on 3/1, but the Conservative Party moptop Boris Johnson is right there on 4/1 with the opposition leader of the Labour Party Jeremy Corbyn on a really rather generous 7/4 given his chances.

Bet On British Politics At Bet365

Perhaps Amber Rudd, getting 12/1 at Bet365, would be your choice, or maybe even Phillip Hammond at 11/1 (although it has been pointed out that if Hammond follows May it’ll be a car crash of a government) and of course for all you wild-eyed optimists there are some amusing longshots if you like to bet on British politics going absolutely insane with Tim Farron on 500/1, Tony Blair on 250/1 and Simon Cowell on 200/1. Although why he’d accept the demotion to mere Prime Minister is beyond me.

Regardless of who end’s up in charge of the nation the Liberal Democrats are still going to need a new leader and what would usually be front page stuff is now relegated to a side bet on British politics where Norman Lamb, Vince Cable and Ed Davey all vie for the leadership of a party a bare shadow of its former self. Bet365 has all the odds on the Lib Dem race but if you’re in the UK gambling news coverage will feature much analysis of the candidates, guess again, its far too grim a world for that these days.