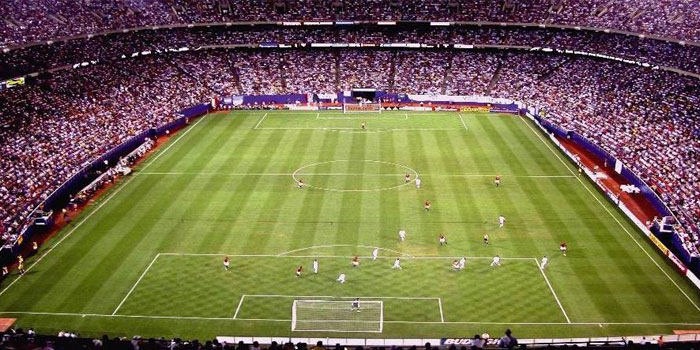 The best football bets this week will definitely be the most important derbies in the domestic leagues. There are many of them!

Serie A, Premier League, La Liga and Bundesliga. What’s common in all of them? That the best football bets this week will consist of games from all these domestic leagues. In addition, all those games can be crucial turning points for the final result for the championships. Check out the most important derbies to prepare our strategy to take away all the money from online sportsbooks in Germany!

Roma – Fiorentina is among the best football bets for tonight

Third placed will host fourth in the upcoming round of the Serie A this week, which means AS Roma will play an important league game before their Champions League match at Santiago Bernabeu, which will be held next Tuesday. Roma might have to decide which trophy is more important to them. However they are pretty much have no chance in the Champions League: Real won 0-2 in Roma and are confident at home. Spaletti’s won men all of their last 6 league games while Fiorentina also haven’t lost any of their last 7 Serie A matches. An exciting game is ahead of us in which online sportsbooks in Italy predict a tight win for the capital side.

The best football bets this week: The London Derby

The battle for the Premier League trophy is still unpredictable. However, Leicester City are in a pretty comfortable position this week: two of their strongest rivals are facing each other as third-placed Arsenal are visiting White Hart Lane to take on the second-placed Tottenham Hotspur. The Gunners hope to be able to improve their league form as they lost their last two Premier League games. One of the two London-based teams might get knocked out of the race for championship glory.

Dortmund can come close to Bayern Munich after weekend derby

Maybe the most important game of all, one that could decide about the final result of the German national championship: Borussia Dortmund are hosting Bayern Munich. The Bavarians would usually be favourites against anybody, but they are cursed with many injuries at the moment. Meanwhile, BVB have won 7 out of their last 7 games and are unbeaten for 10 games. On the other hand, Bayern just lost at Allianz Arena against Mainz which means that Tuschel’s men could decrease their disadvantage to only two points if they beat the ancient rival.

Atlético Madrid are making a trip to Valencia where they will be hosted in Mestalla. Gary Neville’s men are currently only in the 8th position but they are aiming to reach as best position as possible: their main target is to qualify for the Champions League, or at a minimum the Europa League. Both teams are in convincing form so those who frequently bet on sports in Spain can expect a passionate Spanish derby this weekend.